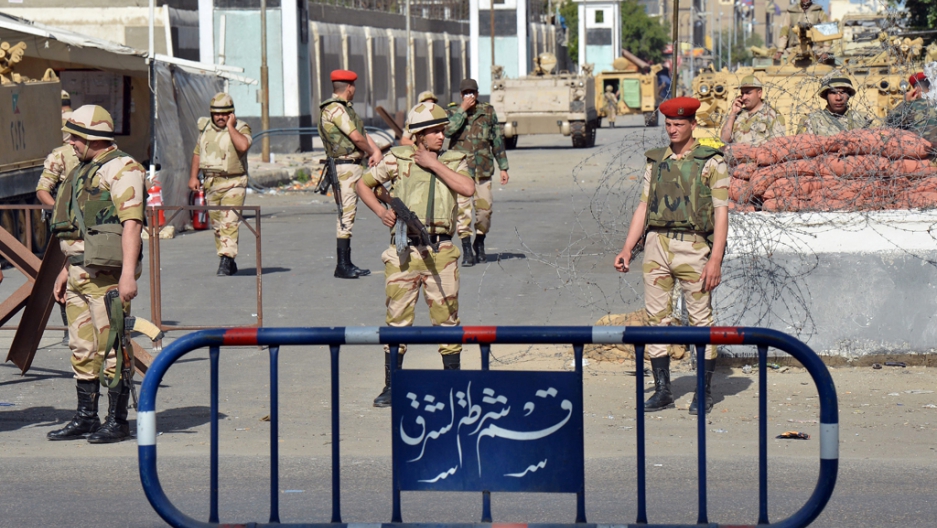 CAIRO, Egypt — Riot police have ended their strikes in the cities of Cairo and Giza, according to a strike organizer who said police superiors were given 10 days to respond to demands.

Police were back at work near Tahrir Square after more than a week of protests against what the strikers claim is the politicization of the force and growing influence of the Muslim Brotherhood.

Security forces had called for the dismissal of Interior Minister Mohamed Ibrahim, saying he was influenced by the Muslim Brotherhood. He reportedly met with top Central Security Forces officials and recruits on Monday.

"The Minister said he appreciates the views of the policemen, adding that these views stem from national duty and from their rejection of seeing the police involved in political conflicts," Daily News Egypt reported.

Earlier this week, the Egypt Independent reported Ibrahim as saying, "There are groups of policemen on strike. I understand them. They are protesting the pressure they are under, the attacks from the media. They work in hard conditions and exert everything they can and are not met with appreciation or thanks."

The Islamist National Conscience Front, a political coalition that  includes President Mohamed Morsi's Freedom and Justice Party, released a statement condemning the police strike, saying "[police] forces should not withdraw from their duty or refrain from the great service [of protecting the people]," according to Ahram Online.

The statement set off a political storm, with the main opposition coalition viewing it as a move toward organizing militias.

The National Salvation Front said in a statement, "It is now clear why the regime insists on pitting the police against the people and relying on security measures to tackle problems that need social, economic and political solutions."