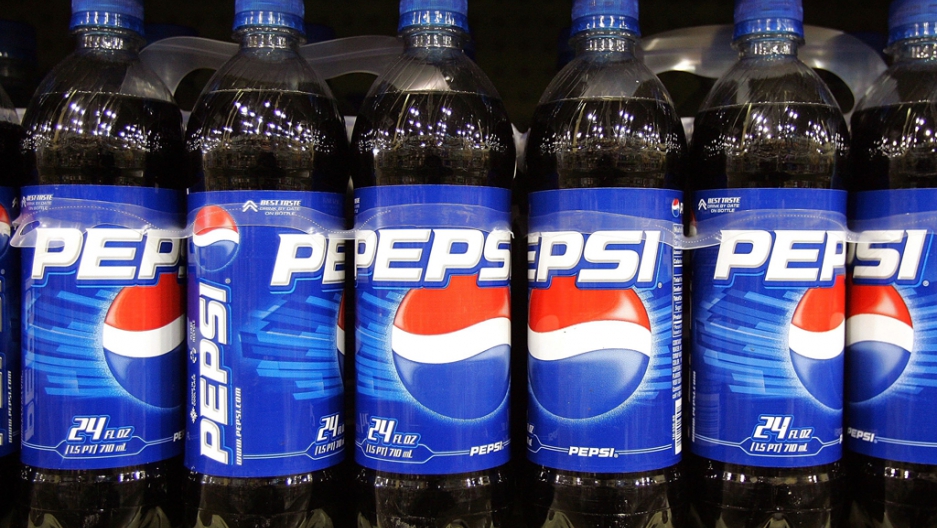 Plastic bottles of Pepsi are displayed on a store shelf on June 13, 2006, in Des Plaines, Ill. For years, Pepsi was the No. 1 soda in Thailand, but all that changed late last year when PepsiCo failed to renew a distribution contract.
Credit: Tim Boyle
Share

For years, Pepsi was the No. 1 soda in Thailand, with a 48 percent market share. Coke was only the second most popular drink there, with 42 percent.

But all that changed late last year when PepsiCo failed to renew a distribution contract. Pepsi's main retail distributor withdrew all Pepsi products from its shelves and replaced them with "Est," its own Pepsi-lookalike brand.

By the end of the year, it became difficult to find Pepsi in Thailand, Reuters reports.

The catastrophe happened because PepsiCo tried, and failed, to take over the distributor, Serm Suk. When the contract ended, Serm Suk launched Est in Pepsi's place.

The screwup occurred during a time of turmoil for PepsiCo's drinks divisions. The company has lost 30 senior brand managers since 2008. Revenue In PepsiCo's Asia, Middle East and Africa unit declined in 2012 from $7.4 billion to $6.6 billion.

Pepsi is building its own $170 million bottling plant in Rayong, and has partnered with DHL for national delivery.

But many Thai people still can't find Pepsi in a store near them:

"It's pretty much impossible to find a bottle of Pepsi these days," said Itiporn Lakarnchua who wroks for an English-language radio station in Bangkok.

"I still prefer Pepsi to Est," says Ramet Rattanakansang, "but I couldn't find any Pepsi cans so I have to swith to Est for the moment."

One analyst expects Est to solidify it status as the No. 2 brand by the end of the year.

Not helping the situation: Pepsi switched from glass bottles to plastic ones. In Thailand, many people believe glass helps soda keep its fizz longer. Est comes in glass bottles as well.

Business Insider: A headphone jack on a TV remote: The Roku feature I need now