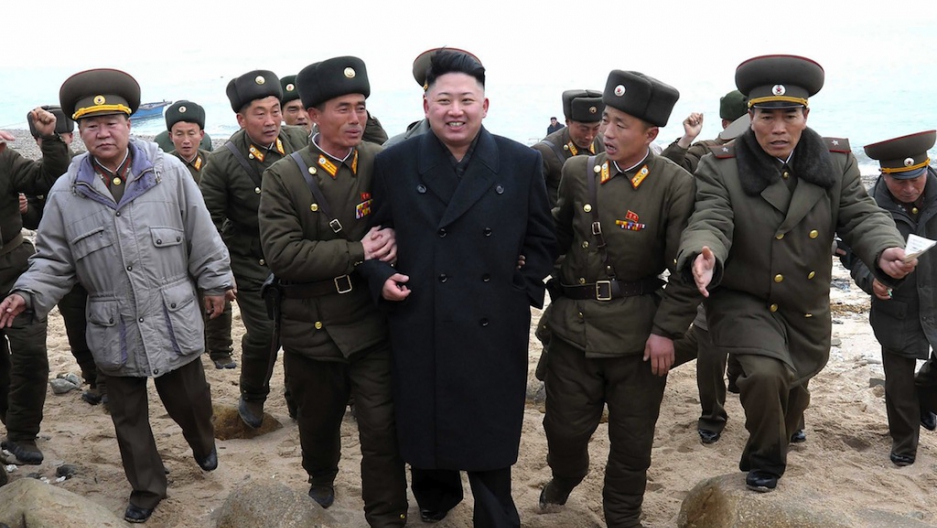 SEOUL, South Korea — Pyongyang has a US pen pal.

"The US Institute for Kimilsungism-Kimjongilism Studies on Feb. 23 sent a letter to the Pyongyang mission of the Anti-Imperialist National Democratic Front, hailing the third underground nuclear test in the DPRK."

It's unclear exactly where the institute is located and who its members are. But North Korea, through the privately run "Korea Friendship Organization," — which promotes North Korean ideology — has a few international friends.

For example, there's a Korean Friend Organization in Chile, according to this website.

The letter-sending-institute, taking its name from former North Korean leaders Kim Il Sung and Kim Jong Il, went on to say that the US should change its foreign policy.

According to KCNA (via Peterson Institute for International Economics), the letter said:

"We fully support the DPRK’s legitimate exercise of its sovereignty. Now is the time for the people of the US to pressurize the government to make a switchover in its policy towards the DPRK, put a definite end to the Korean War and contribute to ensuring peace of the Korean Peninsula."

GlobalPost Senior Correspondent in Seoul, Geoffrey Cain, said that pretty much nothing is known among North Korea experts about the group. Cain said there's no way to know whether it's a real institute or, say, a group of college friends in a dorm.

"It's also not clear whether the supposed institute is a part of the US chapter of the Korea Friendship Association (KFA). The KFA is the official cultural interlocutor for the Korean government, with a Spanish secretary general who is a prominent North Korea sympathizer," Cain said. "It claims to have 15,000 members, although the number hasn't been verified by an independent source."

The KFA gained notoriety when it was featured in the 2006 documentary, Friends of Kim. A journalist follows the chairman, Alejandro Cao de Benos de Les y Pérez, on a trip bringing pro-Pyongyang solidarity marchers from around the world.

Yesterday, the head of the KFA's American chapter, based in Pennsylvania, appeared on Russia Today to condemn the sanctions on North Korea passed last week. He offered an alternative view you wouldn't commonly find in the US, arguing that tens of thousands of nuclear tests have happened in the past 60 years, and that the world is being unfair to North Korea for pursuing the same capabilitities.

This propaganda video, which says "Kimilsungism-Kimjongilism is the only guiding idea of the Workers Party of Korea," doesn't reveal much more.