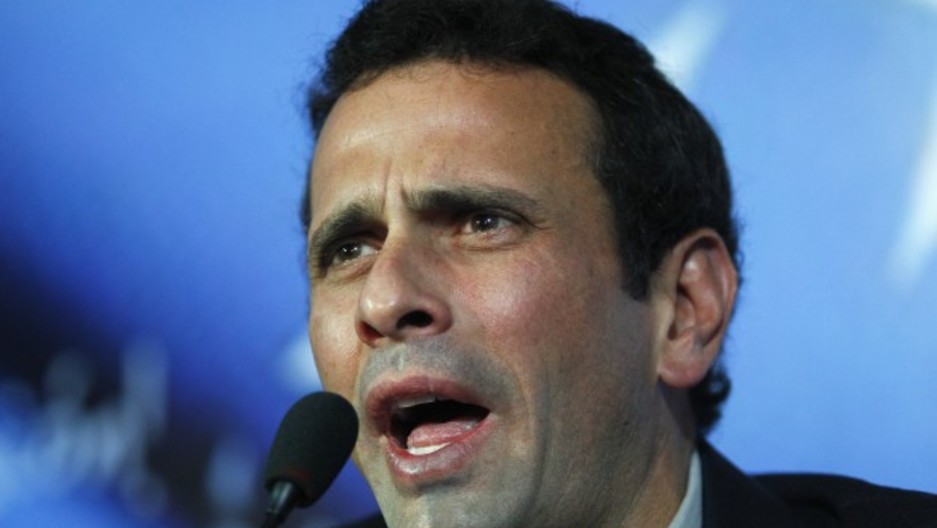 Last week, Venezuela bid farewell to President Hugo Chavez, who died of cancer. This week, they're gearing up for a snap election, on April 14, to replace him.

The vote will pit opposition leader Henrique Capriles against Nicolas Maduro, a former bus driver, union leader and foreign minister, who Chavez named as vice president. He was sworn in on Friday to serve as interim leader.

The winner will finish the six-year term that Chavez won in October, at a time when he was insisting he was cancer-free.

Even though Chavez isn't technically in the running this time, he's the dominant presence.

At a boisterous rally in Caracas on Sunday, Maduro warned that a Capriles victory would slam the brakes on Chavez's socialist revolution. He promised to faithfully carry the Chavez torch into next month's election.

Maduro lacks the bombast and charisma of Chavez, and in normal circumstances, he would be vulnerable to a challenge. Despite vast oil wealth, Venezuela is facing food shortages, a devalued currency and one of the highest homicide rates in the world.

Yet Maduro is considered the heavy favorite. Flush with petrodollars, the government can outspend the opposition during the short campaign. It also controls the main TV stations, and they're filled with emotional tributes to Chavez.

What's more, the government is drawing out the mourning process. Chavez's funeral was on Friday, but his body is still on display at a military chapel. Huge lines form every day and have become a rallying point for Chavistas.

All of this is designed to drum up a huge sympathy vote for Maduro. And it puts Capriles in a bind, since criticizing Maduro might seem like an attack on Chavez. Indeed, the playing field seems so slanted that there was speculation that Capriles might sit out next month's vote.

But the opposition has learned from past mistakes. In 2005, it boycotted legislative elections, which turned Venezuela's National Assembly into a rubber stamp for Chavez allowing him to consolidate his power.

On Sunday, Capriles announced he would run for president, even though back-to-back losses might destroy his political career. He lost to Chavez back in October.

This super-abbreviated campaign will likely be far more intense and negative than last year's race when Capriles tried to maintain an upbeat tone. The fireworks have already started.

On Sunday, Capriles accused Maduro of hiding behind Chavez's dead body, saying he lacks the courage to campaign on his own merits. For his part, Maduro called Capriles a "fascist" who was insulting the "crystalline, pure image of Comandante Chavez."