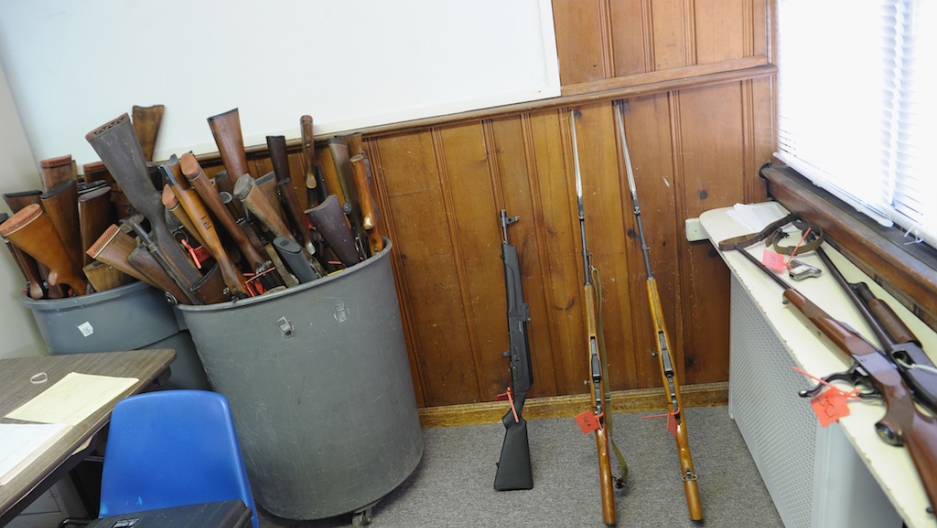 Three Chinese SKS Assault rifles stand between other firearms turned in during a gun buyback program on March 9, 2013 in Keansburg, New Jersey. In a national effort to curb gun violence, the NJ Attorney General's Office in cooperation with the Monmouth County Prosecutor's Office held an anonymous buyback program where every gun turned in is to be melted down.
Credit: Michael Loccisano
Share

The number of US households with guns has dropped 15 percent since the 1970s, from 50 percent the population's households to 35 percent, according to a new survey.

The General Social Survey, taken every two years since 1972, asks Americans a "standard 'core' of demographic, behavioral, and attitudinal questions, plus topics of special interest."

Many of the questions, including those about gun ownership, have not been changed since the 70s, according to the survey's administrator the National Opinion Research Center.

The 2012 poll was given to around 2,000 Americans between March and September, according to UPI.

“There are all these claims that gun ownership is going through the roof,” said Daniel Webster, the director of the Johns Hopkins Center for Gun Policy and Research, told the New York Times. “But I suspect the increase in gun sales has been limited mostly to current gun owners. The most reputable surveys show a decline over time in the share of households with guns.”

Data on gun ownership in the US is hard to come by, the Times pointed out, measured by certain states in the 90s but not surveyed nationally until the 2000s.

“If there was a national registry that recorded all firearm purchases, we’d have a full picture,” Tom Smith, the leader of the General Social Survey, told the Times. “But there’s not, so we’ve got to put together pieces.”

More from GlobalPost: 'Guns Across America' pro-gun rallies kick off in 49 states