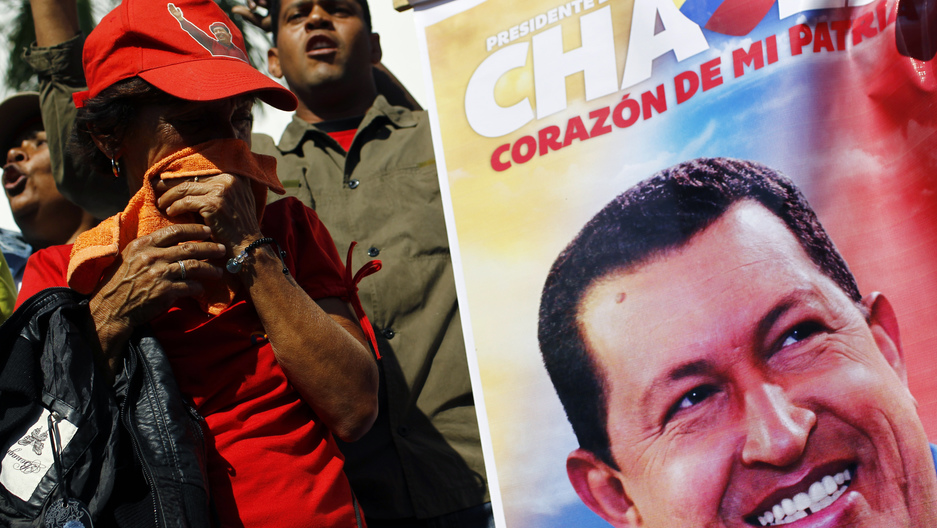 A supporter of Venezuela's late President Hugo Chavez reacts next to a portrait of him as she waits for a chance to view his body lying in state, at the military academy in Caracas March 8, 2013. Chavez will be embalmed and put on display "for eternity" at a military museum after a state funeral and an extended period of lying in state, acting President Nicolas Maduro said on Thursday. REUTERS/Carlos Garcia Rawlins (VENEZUELA - Tags: POLITICS OBITUARY) - RTR3EQP5

Share
Patrick Duddy served as US Ambassador to Venezuela twice. He was first appointed by George Bush and again by President Obama. Between those two stints Duddy was expelled by the Chavez regime. He says antipathies between the United States and Venezuela were real and that "it wasn't just political theater." However, Duddy believes now with Chavez gone, "there's plenty to work with when and if the two sides are ready to sit down and talk. Partially because of the economic data and partially because of the shared history and commonalities between the countries."