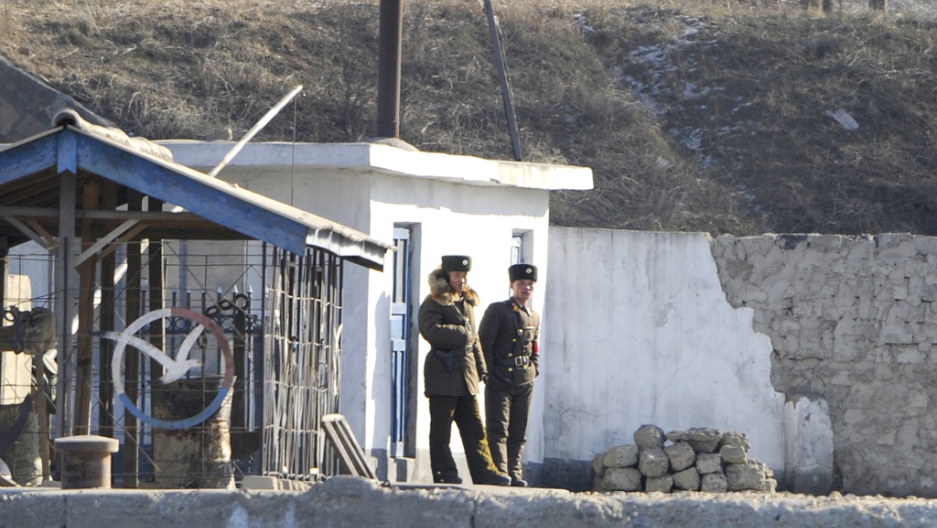 North Korean soldiers stand guard along the bank of the Yalu River in the North Korean town of Sinuiji, on Dec. 22, 2011.
Credit: Liu Jin
Share

The vote on whether to increase sanctions against Pyongyang was prompted by the hermit kingdom's nuclear test last month. The UN decision came hours after North Korea had ramped up its rhetoric yet again, threatening a "preemptive" nuclear strike against the United States.

Thursday's threat is a significant step up from the rhetoric over the past month. Observers are debating the significance of its origin from the foreign ministry as opposed to the military, a major power in North Korean politics that typically launches such threats.

A top US lawmaker warned North Korea Thursday that any preemptive nuclear strike against the United States would be suicide, telling Congress the isolated nation posed "a growing threat."

"I do not think the regime in Pyongyang wants to commit suicide, but that, as they must surely know, would be the result of any attack on the United States," Senator Bob Menendez told the Senate Foreign Relations Committee.

Earlier Thursday, the Associated Press quoted a spokesman for North Korea's foreign ministry as saying that Pyonyang would "exercise the right to a pre-emptive nuclear strikes on the headquarters of the aggressors." According to the AP, the spokesman also alleged that Washington is gearing up to start a nuclear war against North Korea.

The country's foreign ministry warned earlier this week that a second Korean war is "unavoidable" now that both the United States and South Korea are refusing Pyongyang's demands to cancel large-scale joint military exercises.

The AP wrote that North Korea may not yet have "mastered the ability to produce a warhead small enough to put on a missile capable of reaching the US," though it does have enough fuel for "crude nuclear devices."