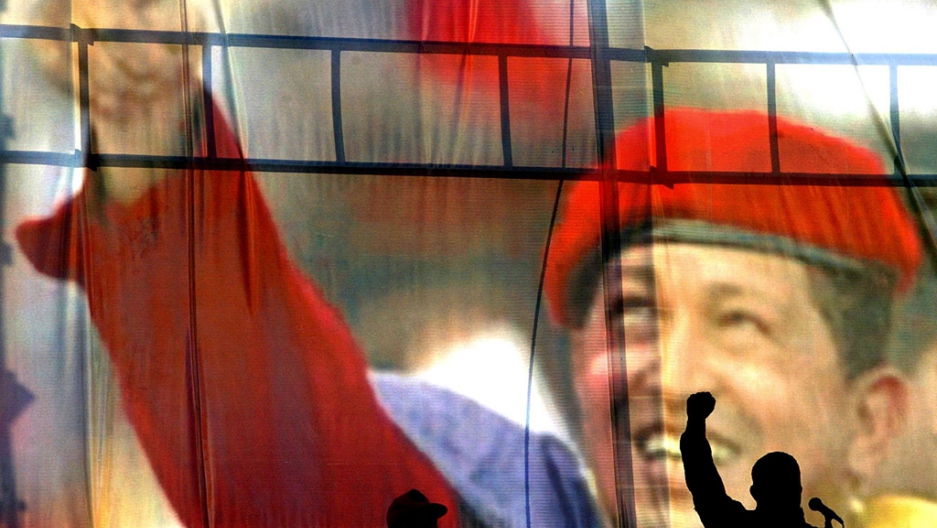 HAVANA, Cuba — When Hugo Chavez was first elected president of Venezuela in 1998, Latin American leftism was in a rut.

The fall of the Berlin Wall had given rise to the so-called “Washington Consensus” that free trade policies and market liberalization were the right recipe for Latin American development. Cuba’s brand of revolutionary socialism was so rundown that Fidel Castro couldn’t even keep the lights on.

In the 14 years since, thanks in part to Chavez but not entirely because of him, the Latin left has come roaring back. Left-leaning presidents have won elections in nearly every country in the region, and even Latin America’s most prominent conservatives — Chile’s Sebastian Piñera and Colombia’s Juan Manuel Santos — will be in Caracas on Friday for Chavez's funeral.

Chavez's body will lie in state for another week, said Venezuela's acting president, Nicolas Maduro. And then, "like Ho Chi Minh, Lenin and Mao Zedong," he added, Chavez will be embalmed and kept on display in a museum.

His death at age 58 after an agonizing battle with cancer leaves the Latin American left without its most important financial backer, as Chavez freely spent Venezuela’s oil bounty on his regional pet projects, from new economic integration blocs to regional media broadcasters like TeleSUR.

But his passing hardly means the region’s leftists will be leaderless.

Even Cuba, once a pariah in the region, has been brought back into the fold in large part because of Chavez. In recent years, Latin American presidents have increasingly challenged longstanding US attempts to isolate the Castro government, with even the region’s conservatives siding with Havana against Washington.

“He was the first leader to revive leftist hopes in the region after the Cold War,” said Michael Shifter, president of the Washington, DC, policy center Inter-American Dialogue. “Chavez gave an impetus to two crucial trends that characterize the region today and may seem contradictory — one the hand, greater self-confidence and independence from the United States and, on the other, increased fragmentation and polarization.”

“In part thanks to Chavez — but mostly other factors like the commodity boom, rise of Brazil and the US' deepening problems — Latin America is more assertive than ever, but it is also notably divided and moving in very different directions,” he said.

Those different directions pivot, in part, around the Chavez legacy.

More than any other figure, it was Chavez who undermined Washington’s goal of a hemisphere-wide free trade agreement, creating alternative regional partnerships and Latin-only regional bodies like the CELAC and ALBA.

But for all of his success in bringing the left to power, other leaders have found ways to win elections without polarizing their countries and driving their economies into near ruin, as Chavez did during his 14 years in power.

While Chavez’s defenders point to Venezuela’s poverty reduction, more moderate leftists, most notably former Brazilian President Luiz Inacio Lula da Silva, also made great strides at lowering poverty rates through sound management and controlled social spending. He also did so without alienating millions of his countrymen, as Chavez did, or concentrating power by weakening democratic checks on his rule.

Instead, Chavez periodically submitted his authority to the ballot box, using elections as a referendum on his “Bolivarian Revolution.” The result was voter-approved autocracy, according to his critics.

Still, many of the region’s other leftists have followed it — in Ecuador, Nicaragua and Bolivia and elsewhere. Though power in those countries has been concentrated in the presidency, their leftist leaders have brought once-marginalized groups into the democratic process.

“Chavez is seen as part of this continent-wide revolt at the ballot box that transformed South America and increased opportunities and political participation for previously excluded majorities and minorities,” said Mark Weisbrot, co-director of the left-leaning Center for Economic and Policy Research.

More from GlobalPost: The After Chavez series

“These left governments have also made considerable advances in reducing poverty, increasing employment, and raising overall living standards — and their parties, too have been continually re-elected,” he said.

What Chavez often failed to do, however, was impart the democratic values of respect for minority views and dissent.

By nearly all accounts, too, Chavez’s economic management has been disastrous, and he leaves behind a country with staggering debts, a decayed infrastructure and rampant inflation. The per-barrel price of oil has soared from $10 to $100 on his watch, making his social spending possible, but experts say Chavez failed miserably at using the oil money to develop a sustainable economy.

No other leaders in the region can claim that kind of cash cow — Venezuela’s oil reserves are the world’s largest — but the old consensus that natural resource wealth was best managed by private interests is now discredited in most of Latin America.

“Chavez was the spark for broad regional changes over the past 10 years. After him came a wave of leftist presidents in places like Brazil, Argentina, Boliva and Ecuador who are now carrying this process forward,” said David Smilde, a Venezuela expert at the University of Georgia.

“Chavez’s role in this is often exaggerated. But it was the first few years of his presidency that made it seem possible throughout the region,” he said.

In an op-ed tribute to Chavez published in the New York Times, Brazil's Lula da Silva said the Venezuelan leader's shadow will be long, because he was a man "of ideas."

"If a public figure dies without leaving ideas, his legacy and his spirit come to an end as well," da Silva wrote. "This was not the case for Mr. Chavez, a strong, dynamic and unforgettable figure whose ideas will be discussed for decades in universities, labor unions, political parties and anyplace where people are concerned with social justice, the alleviation of misery and the fairer distribution of power among the peoples of the world."