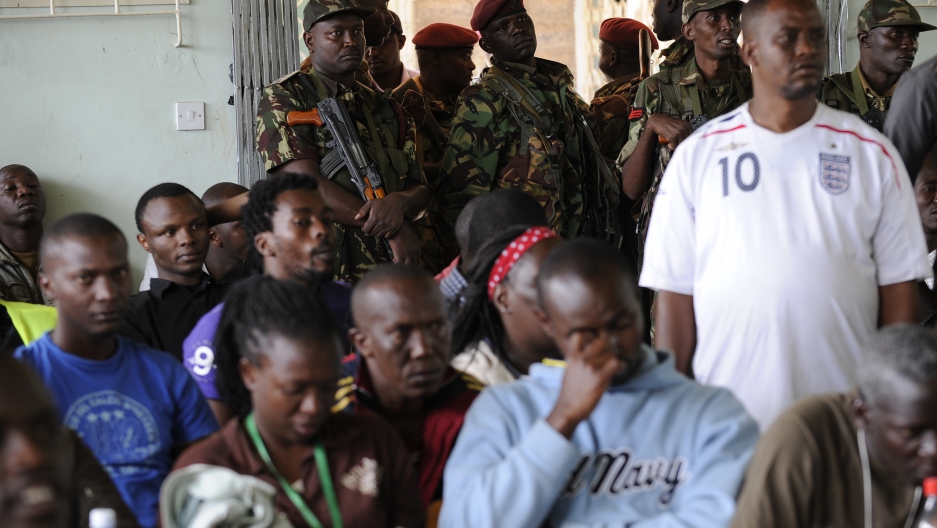 NAIROBI, Kenya — The election commission has dismissed claims the results of Monday’s election were “doctored” as the slow, manual tallying of votes continued after a series of electronic systems designed to prevent fraud failed.

The count’s perceived slowness has raised tensions as political leaders alleged fraud and bias and voters were left questioning the election commission’s ability to complete the process fairly and accurately.

Delays and mistrust surrounding the vote count after the last election in 2007 led to a disputed result and weeks of street violence that killed over 1,100 people.

Maina Kiai, executive director of InformAction, a Kenyan civil society group, said the delays and confusion were a “mirror of 2007, exactly the same.”

He insisted the election was still valid despite the failure of an electronic system supposed to transmit results to the main tally center in the capital Nairobi.

“Contrary to current speculation and rumors,” he said, “we do not believe the system was hacked into.” He said the physical results from the polling stations were the only “legally recognized results.”

Independent observers agreed that although the tally was problematic, human incompetence and technical errors caused the difficulties rather than malign intent or conspiracy, and say the election process still has credibility.

With just over half of the country's 291 constituencies counted on Thursday, Deputy Prime Minister Uhuru Kenyatta's lead dropped to 50 percent of the vote, trailed by his main challenger Prime Minister Raila Odinga with 45 percent.

Hassan also tried to allay concerns over “rejected votes” that had been marked incorrectly. Officials said some 330,000 rejected votes that had been excluded from the early count would be included in the total amid speculation that their inclusion would dilute candidates' totals and make it impossible for any of them to pass the 50 percent mark needed for an outright win.

Since the manual tallying began yesterday, however, the number of rejected votes has fallen to a tenth of the original figure. Hassan blamed computer error for the initial results.

Officials from Raila Odinga’s political alliance had alleged fraud on Thursday morning and called for a recount of all votes. Odinga’s Coalition for Reforms and Democracy (CORD) cited concerns over the failure of electronic voter identification and vote transmission systems as well as alleged rigging, saying the results could have been “doctored.”

“We as a coalition take the position that the national vote tallying process lacks integrity and has to be stopped and restarted using primary documents from the polling stations,” Odinga’s running mate Kalonzo Musyoka said.

Hassan denied the accusation using CORD’s term. “There is no room for doctored results by any election official,” he said, adding that his officials are “impartial arbiters” of the election result.

He also dismissed CORD allegations that some constituencies had returned results showing a higher tally of votes than there were registered voters.

Although the ratcheting up of rhetoric by both parties is exacerbating an already tense waiting period, politicians have so far shown a measure of restraint that was missing in 2007 by making repeated calls for peace and patience from their supporters.

CORD’s Musyoka asked for “calm, tolerance and peace,” saying the coalition’s statement “is not a call for mass action.”

“The big difference to 2007 is that the political parties are continuing to call for calm,” InformAction director Kiai said. “They seem to be preparing to go to court, not to the streets.”

Although the IEBC has until Monday to complete the count, Hassan said he hopes the final results will be tallied by Friday morning local time.

A run-off election is set be held next month if the ballot produces no outright winner.