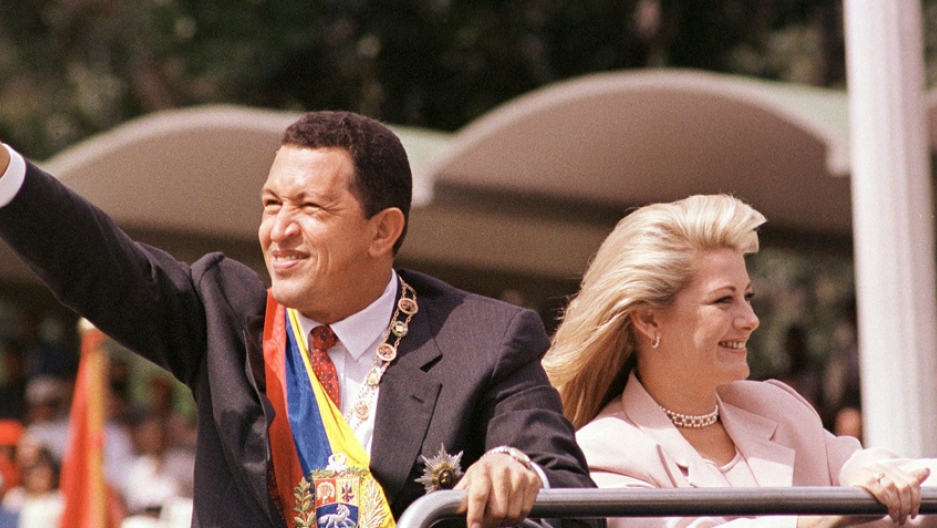 BOGOTA, Colombia — During his first presidential campaign in 1998, I sat across from Hugo Chavez in a twin-engine Cessna. As we recorded an interview, the candidate tried to gulp down a quick lunch before landing for his next rally.

Suddenly, the plane hit turbulence, his plate flew into the air and food was all over the floor. Unfazed, Chavez waved off the flight attendant, got down on his knees and began sweeping up the mess with his hands.

That was my first encounter with Chavez and it provided a vivid example of why, for journalists, he was the most intriguing Latin American politician of his era.

Chavez would eventually morph into a socialist authoritarian utterly in love with himself. But he retained a genuine man-of-the-people mojo. And in an age of scripted automaton politicians addicted to teleprompters, Chavez was brash and whimsical and forever off-the-cuff.

Who else would flip George W. Bush the rhetorical bird in front of the entire United Nations General Assembly? Speaking in 2006, Chavez called the US president the devil and complained that the dais where Bush had spoken the day before still smelled of sulfur.

“It was vintage Chavez, an outrageous remark leavened with just the right touch of detail (the lingering sulfur!) to make it something more than bombast, cutting through soporific nostrums of diplomatese,” Greg Grandin wrote in The Nation.

Grandiose politicians don’t always make great leaders. But for those of us on the Chavez beat, it was easy to understand the attraction. Rather than another out-of-touch white oligarch, here was a dark-skinned underdog who grew up in a shantytown in western Venezuela. To average folks, they finally had a president who was “one of us.”

Friends and family often asked me about Chavez’s enduring appeal. I would tell them about the man’s charisma and all those petrodollars that allowed him to invest in health, education, nutrition and housing programs and reduce poverty.

But my time reporting on pre-Chavez Venezuela also provided context. Previous government leaders had badly mishandled the economy, ignored the impoverished masses, and were accused of widespread corruption.

More from GlobalPost: Chavez's last words: 'Yo no quiero morir, por favor no me dejen morir'

Thus, even as Chavez’s transgressions and abuses piled up as his years in power wore on, voters remembered that the presidents who came before him were not exactly tropical versions of Winston Churchill or FDR. They had set the bar low.

Chavez would go on to win four presidential elections thanks, in part, to a laughably inept political opposition that often left us journalists shaking our heads.

Anti-Chavez politicians were slow learners who made one epic blunder after another — like promoting a disastrous oil-workers strike and boycotting legislative elections that turned the National Assembly into a rubber stamp for the president.

Their worst offense came in April 2002 when many supported a coup that briefly ousted Chavez and installed businessman Pedro Carmona as caretaker president. So how did Carmona prove his democratic bona fides? Incredibly, he dissolved the Supreme Court and the National Assembly.

As I wandered the streets of Caracas that day, it became clear that Venezuelans were not going to stand for it. Amid massive protests, the Venezuelan army withdrew its support for Carmona and restored Chavez to the presidency. Carmona, whose government lasted 36 hours, was dubbed “Pedro the Brief.”

Chavez, on the other hand, was always “Hugo the Verbose.”

I remember watching one televised news conference when, in the course of answering a question, he sang a Colombian folk song, talked baseball, discussed his vacation plans and recalled how, after he was first elected, it took him a week to find the keys to the presidential palace.

Chavez was constantly throwing off my schedule. After a long day of reporting I’d arrange to meet some other correspondents for dinner when suddenly Chavez was back on TV launching into another stem-winder. One of his speeches lasted nearly 10 hours.

And you had to pay attention because Chavez was so unpredictable. He might announce plans to nationalize a bank or build a new city. Or he might decide to move the clock forward half an hour, add an eighth star to the Venezuelan flag, or dig up Simon Bolivar’s bones for DNA testing on a hunch that the 19th century independence leader had been assassinated.

On one occasion, a few of my colleagues decided they’d had enough.

During a seemingly endless late-night round-table with Chavez, four reporters got so antsy that, at 2 a.m., they abruptly excused themselves to update their newspaper stories. Still shocked that his audience had walked out on him, Chavez spent a good chunk of his televised appearance the next day recounting the episode and holding up the business cards of the offending reporters to the TV cameras.

Chavez loved to talk but he grew increasingly intolerant when others piped up, especially critical voices in the Venezuelan press.

I work as a part-time consultant for the Committee to Protect Journalists, a New York-based nonprofit organization, and in that role I spent a lot of time with Venezuelan journalists who spoke of widespread self-censorship. Many no longer reported critical news about the Chavez government for fear of being singled out for punishment or harassment.

During one of my visits to Venezuela last year, an oil pipeline burst near a river in the southern state of Monagas. News accounts followed with testimonies from independent experts and families with children who fell ill after drinking tap water.

But rather than investigate potential water contamination or incompetence at the state oil company, Chavez vowed to counter the “media terrorism” threatening the country. Then, his attorney general announced a new federal injunction requiring journalists to base reports on the river’s water quality on information from government experts or risk fines or jail time.

To me, Chavez’s treatment of the media stands out as one of his larger sins. Yet when I return to a Chavez-less Venezuela this weekend, I’m sure I will feel the void.

Chavez was irresistible to editors. One of mine described him as “a temperamental Moon Over Parador Hollywood character.” As such, he brought a lot of attention to South America and kept many a foreign correspondent in business.

In a selfish kind of way, I’m going to miss him.