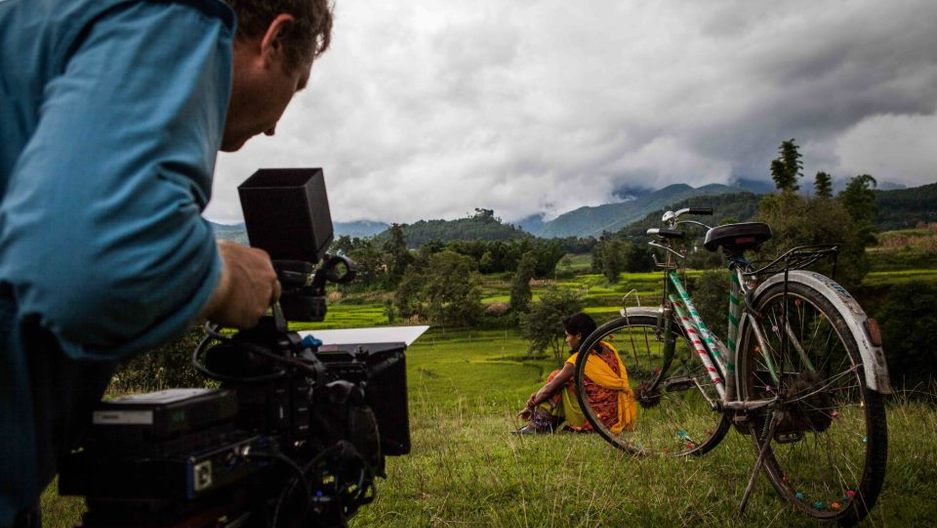 There are 66 million girls worldwide who are out of school, excluded from education and left to join the developing world's most vulnerable group.

In a new documentary, "Girl Rising," the stories of nine young girls from the developing world are told, highlighting the importance of educating young girls for their own well-being and as a potential means of eradicating poverty.

Richard Robbins, director of "Girl Rising," says the crew set out to create a traditional documentary, but once they began filming, the girls were so inspiring that they didn't want to focus on their grim circumstances.

"What we really wanted to capture in the film was their strength and their power. So, trying to make a film that's really about character and not about the circumstances ... was the big challenge," he said.

Each girl was paired with a writer from her own country and as the writers spent time with each girl, the writers attempted to inhabit their world so they could write something based off their experiences, Robbins said.

"We call the film a documentary, but it really is a mix of genres--something that's pretty familiar in the literary world, but unfamiliar still, in the film world. What we have is real girls playing themselves in scripted stories from their own lives," he said.

Holly Gordon, executive director of 10x10, a global campaign to educate and empower girls, says sharing the girls' stories creates an opportunity to discuss the importance of education for young girls.

"This is an opportunity for all of us to look at the lives of these girls and look the opportunity they represent and change the systems within which they live and give them the support they need to realize their full potential," she said.

What's amazing about the girls we met, Robbins says, is their ambitions aren't just for themselves, but for their families and communities, which makes educating young girls a powerful intervention.

"These girls aren't after personal fame and fortune, they want to make the world they grew up in better," he said.