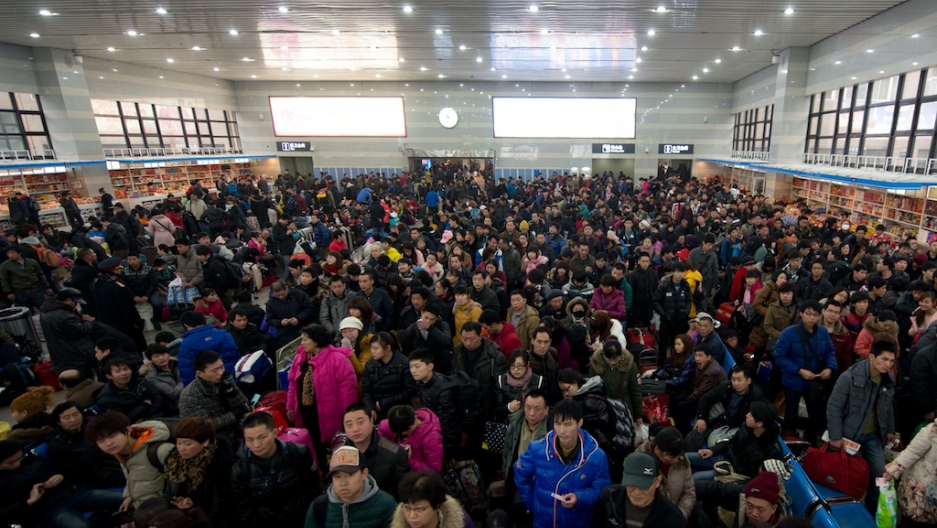 This picture taken on January 31 shows Chinese Lunar New Year travellers waiting for their train at the West Railway Station in Beijing.
Share

Ten-digit figures are often used in stories about China, but the following numbers are truly mind-boggling.

A record 3.42 billion passenger trips were made in China during the 40-day Lunar New Year travel period, which ended Wednesday, cementing the season's status as the world's largest annual migration.

Lunar New Year, also known as the Spring Festival, is the most important holiday in the Chinese calendar.

Millions of people travel home to celebrate the beginning of a new year, which in 2013 is the Year of the Snake.

For many people, it is the only chance they will get during the year to see their parents and children.