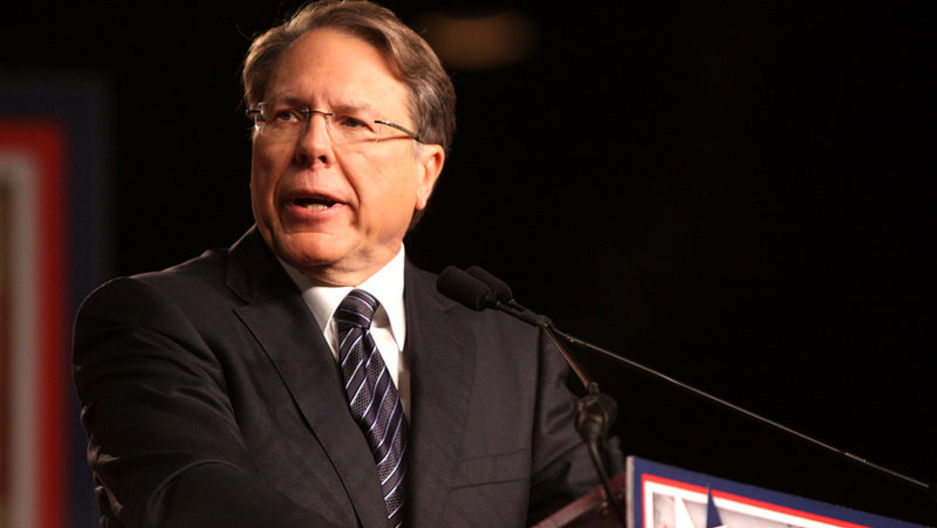 Since the Newtown, Conn. shooting in December, the National Rifle Association has increased its visibility with numerous ads that some compare to movie trailers.

The ad agency Ackerman McQueen, based in Oklahoma, has played a vital role in burnishing the image of the gun rights group since the early 1980s. It's one of the longest collaborations in advertising history.

Peter Finn, a reporter for The Washington Post, says the NRA picked Ackerman McQueen because there were personal connections between the people of the NRA and Oklahoma.

“(The NRA) I think, felt more comfortable with an ad agency that, one of them said, ‘knows which end of a gun a bullet comes out,’” he said.

After the shooting in Newtown, an NRA ad was released criticizing President Barack Obama’s stance on allowing an armed guard in every school.

The firm’s ad was both controversial and compelling, Finn says, because a lot of Obama supporters and the White House were deeply offended — calling the ad “revolting, repugnant and cowardly.”

But these ads resonate with the NRA’s supporters because they’re designed to advance the cause of gun rights.

“They’re not out to please people, they’re out to win a fight,” Finn said.

The relationship between Ackerman McQueen and the NRA is different than  a typical advertising agency-client relationship because the agency has become part of the NRA, Finn said.

“Wayne LaPierre’s wife at one point worked for the Ackerman McQueen subsidiary, the Mercury Group. Other people from Ackerman MacQueen have moved into the executive offices at the NRA,” he said.

LaPierre is the executive director of the NRA and though he declined to speak to The Washington Post, Finn says, others in the NRA who know him say LaPierre came to the NRA without being very knowledgeable about guns. Ackerman McQueen has created his public persona.

In the 1990s the NRA was scrutinized for a print ad that claimed the Clinton administration's ban on semi-automatic weapons “gives jack-booted government thugs more power to break in doors and seize people’s guns.”

Finn says the NRA had an internal struggle over how harsh the message should be. The ad almost got the agency fired because shortly after the ad appeared, the Oklahoma City bombing occurred.

“The whole issue arose about McVeigh and his attitude toward the federal government. And it led George H.W. Bush to cancel his membership in the NRA when, from his point of view, they didn’t quickly and properly apologize for calling some federal agents Nazis,” he said.

Though there are people who are no longer associated with the NRA, Finn says he doesn’t believe the agency has weakened its relationship.

“Even after the reaction to the ad that referred to Obama’s children, you see no sign that they’re becoming any less strident. There has been a succession of ads over the last several weeks that have been equally in your face,” he said.

This multifaceted campaign has been emailed to the NRA’s members, aired in targeted states, or uploaded to YouTube, Finn said.

“There are certainly former NRA executives who believe that there is a much wider constituency to support gun rights than the NRA is appealing to. But the NRA, at the moment, holds a position of little or no compromise on the wider issues of gun control, so it’s hard to see them moving towards a softer message,” he said.