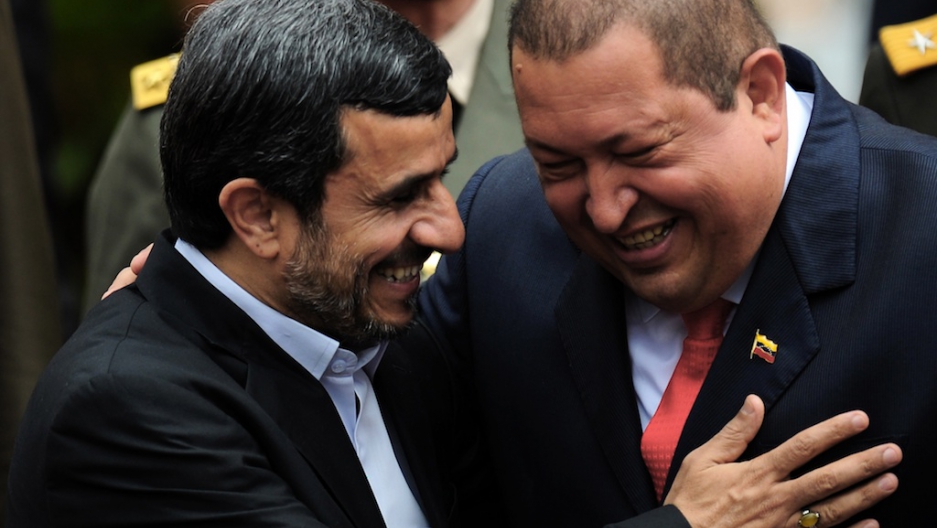 Iranian President Mahmoud Ahmadinejad has predicted that Hugo Chavez would be resurrected along with Jesus and a sacred Muslim prophet.

“I have no doubt he will come again along with all the righteous people and the Prophet Jesus and the only successor of the righteous generation, the perfect human,” Ahmadinejad said in a statement released in Persian on the president's official website Wednesday, the New York Times reported.

The "perfect human" refers to the Hidden Imam, who Shiite Muslims believe disappeared in the ninth century but expect to re-emerge.

More from GlobalPost: Crowds queue for glimpse of Chavez in casket

Wednesday was declared a national day of mourning in Iran as well, according to AFP.

However, some figures in Iran thought their leader went too far in his condolence message.

“It would have been sufficient to simply send a diplomatic message without getting involved in ideological issues,” conservative cleric Ayatollah Seyyed Ahmad Khatami said, according to the Times.

“The counterpart of the president in another country has passed away and naturally our president should send a message of condolence. But in my view, it is not appropriate to deal with ideological issues.”