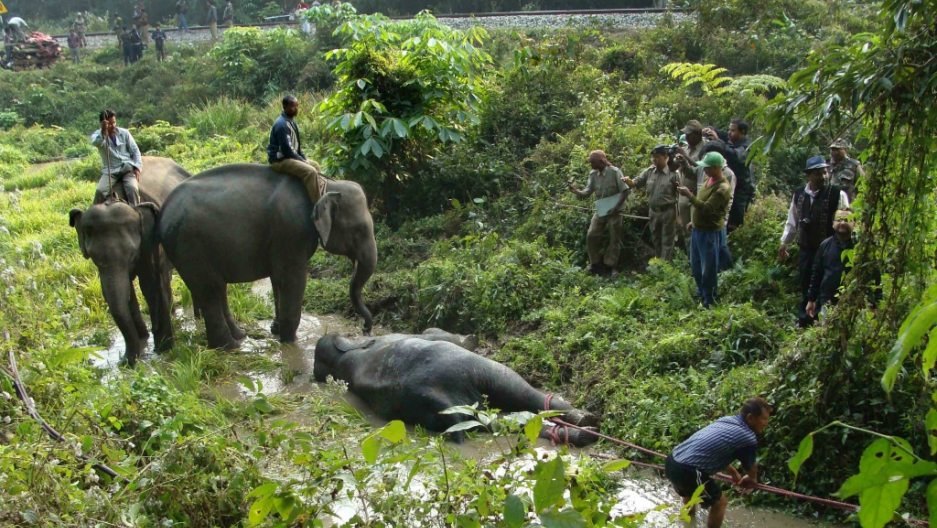 The photo above is both outrageous and heartbreaking.

The elephant pictured was killed after it was hit by a train in northeastern India on Tuesday, according to NBC News.

The train was inside the Buxa Tiger Reserve, an area that elephants pass through as they migrate between India and Bhutan.

According to Indian Railway Minister, Pawan Kumar Bansal, "Elephant corridors have been identified by the Forest Department and on such corridors speed restrictions have been imposed and signage boards provided to pre-warn the train drivers," he said.

Bansal continued, "In consultation with the Environment and Forest Ministry and the forest departments of state governments, Railways is also attempting to find a more lasting solution in the matter through deposit works consisting of measures such as construction of ramps and underpasses etc, the cost of which will be borne by the Forest Department."

Despite these state-subsidized safeguards, statistics cited by The Times of India indicate that as many as 49 elephants may have been killed on train tracks since 2010.