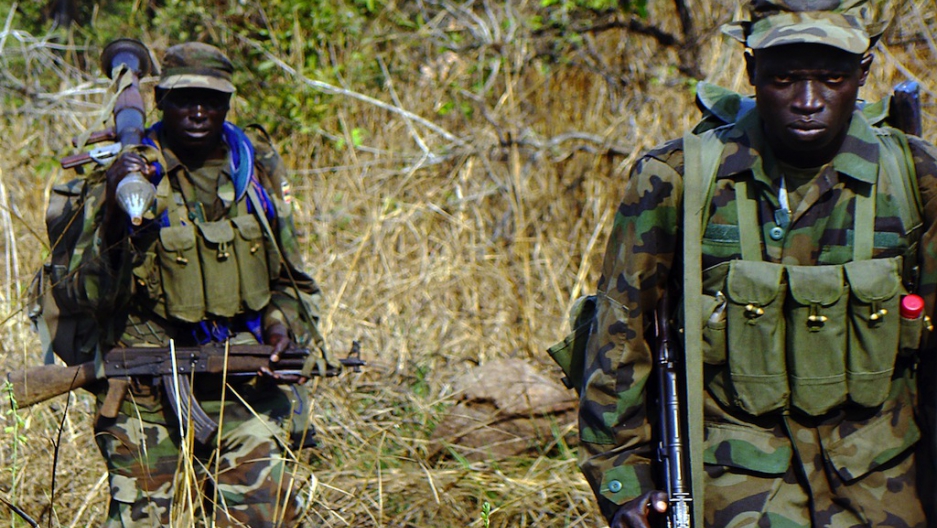 The video (seen below) detailed acts against humanity by the Lord's Resistance Army (LRA) in Uganda and the Republic of Congo, and called for the world to make its leader Joseph Kony famous.

Almost every news organization reported on the video, and in a very short time it sparked a worldwide controversy.

And then things got wierd.

Russell, a father of two, was days later seen running around San Diego naked. The Guardian reported Russell's "public rampage" like this:

"Jason Russell, 33, was picked up by police in San Diego at around 11.30 a.m. on Thursday after they received numerous calls from the public about a man vandalizing cars, being apparently under the influence of a substance and making sexual gestures."

The video of Russell's breakdown also went viral. Later, Russell spoke to the Guardian about it:

"It's so obvious that I'm not OK. And I'm so naked. And it's just very, very public. The joke we always had, even before this happened, is that the Internet is forever. If you put your crotch on there, it's forever. And now this is out there forever and my kids are going to have to deal with it at high school."

In a way all that media attention did what it was supposed to do - most people now know about Joseph Kony and the LRA. But Russell and the video failed in its ambitious task to bring Kony to justice by 2013.

That day has come and gone and Kony is presumably still free and alive.

But some progress has been made. According to Invisible Children:

"In the last 365 days, two of the top five commanders in the LRA have been taken off the battlefield, LRA Killings have dropped 67 percent, the Invisible Children youth rehabilitation center is open at full capacity, and Joseph Kony became the most wanted criminal in the world."

Of course, whether or not Invisible Children and its video can claim credit for progress against the LRA is up for debate. And the nonprofit admits "a viral video is not going to end this war."

Now just in case you missed it or are feeling nostalgic for of one 2012's most controversial videos, here's Kony 2012: