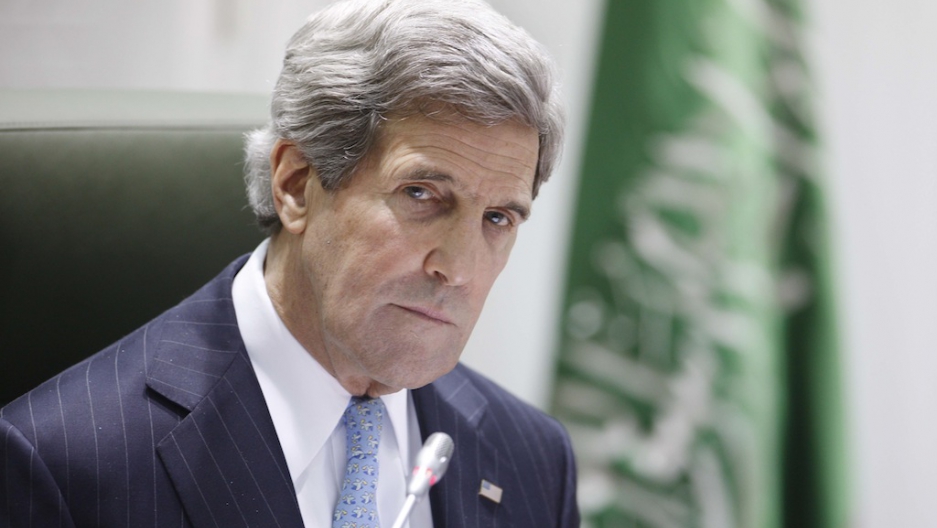 US Secretary of State John Kerry listens during a joint press conference with his counterpart, Saudi Arabia's Prince Saud al-Faisal, at the press hall in the Saudi Foreign Ministry in Riyadh, on March 4, 2013.
Credit: STR
Share

US Secretary of State John Kerry told ABC News on Tuesday Iran is "pushing the limits" on the nuclear issue, a warning that comes days after Iran announced work on new uranium enrichment-capable centrifuges.

Western nations believe Iran will use the technology to pursue a bomb, a charge Tehran denies.

Kerry described his concerns to ABC News' Martha Raddatz in Qatar, saying the "region will be far less stable and far more threatened if Iran were to have a nuclear weapon." He also said a weaponized Iran would "spur a nuclear arms race" in the region and likely bolster militant Iranian allies like Hezbollah.

The US and EU have ratcheted up sanctions on the Islamic Republic in recent months as a deterrent against its controversial nuclear activity. Development efforts in Iran have nonetheless continued, deepening concerns even as some Iranian officials say they support a fresh round of talks.

Kerry said the US needs to see evidence of real commitment in that regard. "If they keep pushing the limits and not coming with a serious set of proposals or prepared to actually resolve this, obviously the risks get higher and confrontation becomes more possible," Kerry told Raddatz.

Kerry was less enthusiastic about renewing dialogue, telling CBS on Tuesday that the Islamic Republic is just "running the clock." Watch it here:

Kerry's remarks come at the end of his first foreign trip as America's new secretary of state.