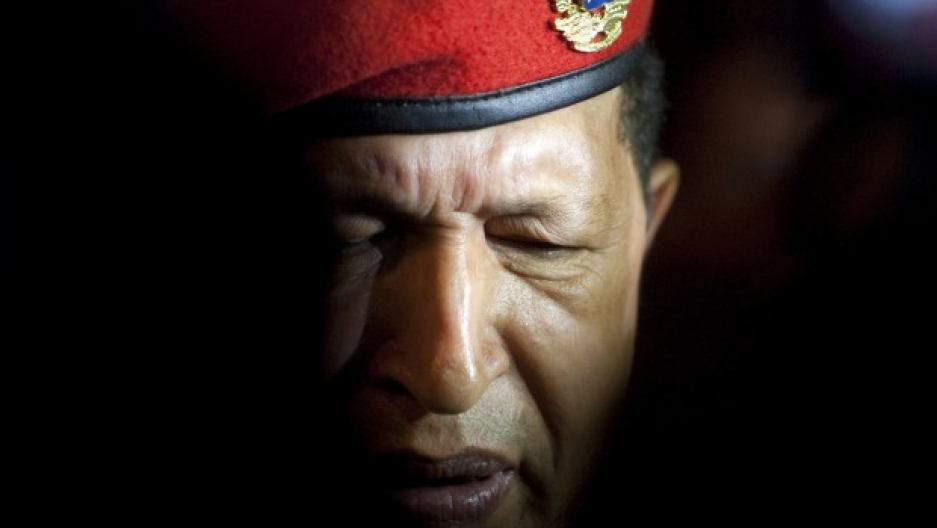 Venezuela's President Hugo Chavez arrives at the international airport in Cancun February 21, 2010. Leaders of Latin American nations are in Cancun to attend the Rio Group summit meeting to be held on February 22 - 23. REUTERS/Gerardo Garcia

Venezuela is mourning its comandante.

President Hugo Chavez has died after a two-year battle with cancer.

The news of Chavez's death didn't come as a surprise.

There's been intense speculation in Venezuela about his deteriorating health and the president had not been seen or heard in public for three months – ever since leaving for that surgery in Cuba in early December.

The Venezuelan military has issued a statement vowing to protect the sovereignty and security of the country.

Stepping back from the uncertainty surrounding Venezuela's political future, we hear more about the man who dominated the country for the past 14 years.

He covered President Chavez in Venezuela for seven years.

And he's the author of a new book about Chavez, called "Comandante."