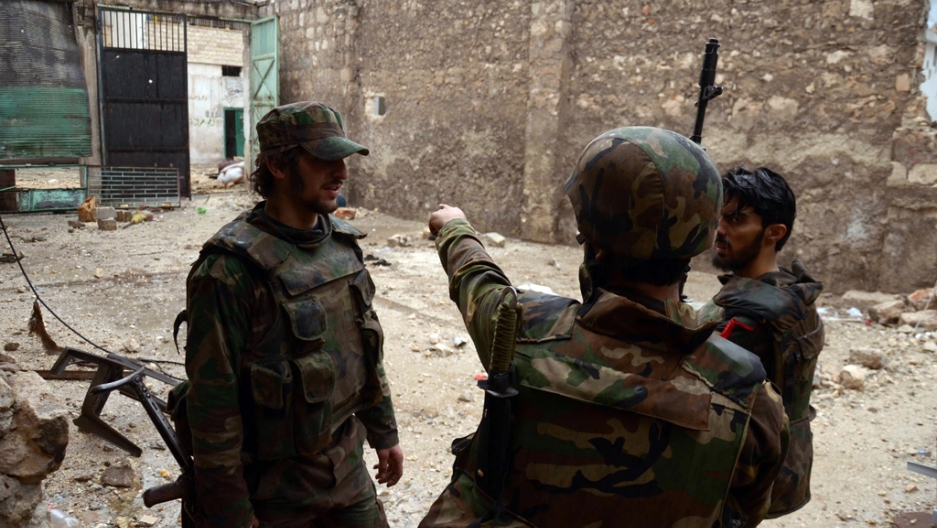 Syrian army soldiers discuss their movements as they clash with opposition fighters in Aleppo on Nov. 11, 2012.
Credit: STR
Share

Syrian President Bashar al-Assad on Tuesday said the fight in Syria is "nearing its end" thanks to regime "successes," according to officials quoted in Lebanon's Al-Akhbar newspaper hours after Syrian anti-government rebels claimed to have captured the northern city of Raqqa.

"The conspiracy against Syria is nearing its end," politicians close to Assad told Al Akhbar, while Agence-France Press cited officials as saying Assad is "very comfortable" with military developments there.

And what development they were, with rebels dramatically pulling a down a big bronze statue of Assad's father while moving into Raqqa, home to some 500,000 people, late Monday.

The unrest on the Euphrates is the latest challenge to Assad's hold on power as the two sides battle for control of the country. The government's brutal response to an anti-Assad uprising there almost two years ago unleashed a conflict that has taken nearly 70,000 lives, according to the United Nations.

The taking of Raqqa would mark the rebel's first victory over an entire city.

They have already moved into parts of many other major cities in Syria, such as Damascus, Homs and Aleppo.