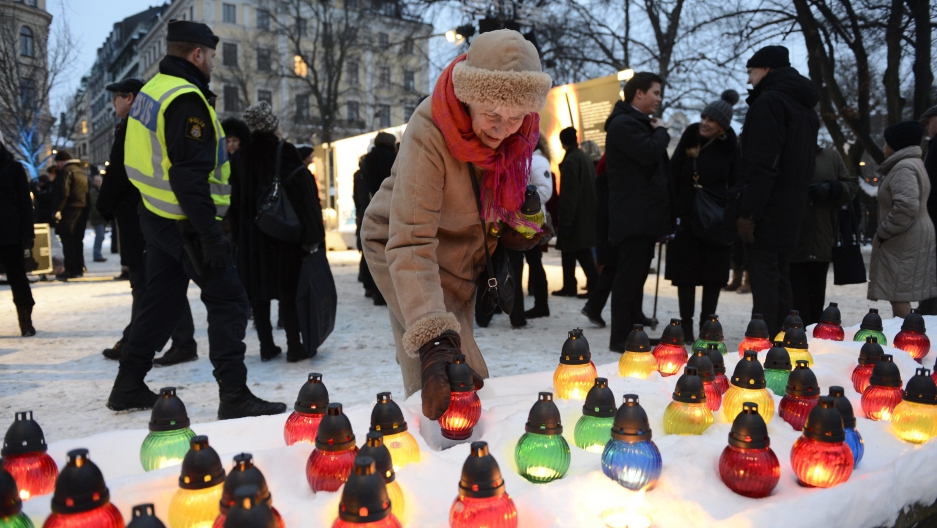 A woman lights a candle as she attends a memorial ceremony during the International Holocaust Remembrance Day on January 27, 2013, at Raoul Wallenberg Square in Stockholm, Sweden.
Credit: LEIF R JANSSON
Share

The Nazis created may have killed up to 20 million people, operating more than six times the number of concentration camps as previously thought, according to new research.

Researchers at the US Holocaust Memorial Museum spent 13 years analyzing evidence and cataloged some 42,500 ghettos and forced labor camps run by Hitler’s regime.

That number includes "killing centers,"as well as "care" centers where pregnant women were forced to have abortions or their babies were killed after birth, and about 500 brothels, The New York Times reported in an article titled: "The Holocaust just got more shocking."

Conventional wisdom on the Holocaust suggests that the Nazis killed six million Jewish people in Europe .

According to researchers the United States Holocaust Memorial Museum in Washington DC, construction of the camps began as early as 1933, with facilities purpose built to imprison political opponents of Adolf Hitler.

However, they were adapted to imprison gypsies and many other ethnic groups as Germany began its invasion of Europe.

The largest of the camps, the Warsaw Ghetto, held around 500,000 people.

One of the lead editors in the project, called the Encyclopedia of Camps and Ghettos, Geoffrey Megargee said when the study began in 2000, he had assumed they would find about 7,000 camps and ghettos.

The Independent quoted Megargee as saying:

"The results of our research are shocking. We are putting together numbers that no one ever compiled before, even for camp systems that have been fairly well researched - and many of them have not been."

The Holocaust Museum team created maps of the sites, which were scattered across Europe from France to Russia, and which imprisoned or killed between 15 and 20 million people.

One of the more disturbing conclusions, said Martin Dean, a co-researcher, was that the findings challenged the widespread claims that the general German population was unaware of the existence of the camps and the Holocaust.

"You literally could not go anywhere in Germany without running into forced labor camps, P.O.W. camps, concentration camps. They were everywhere."

The Times noted that Holocaust survivors could use the research in claims over unpaid insurance policies and looted property claims.