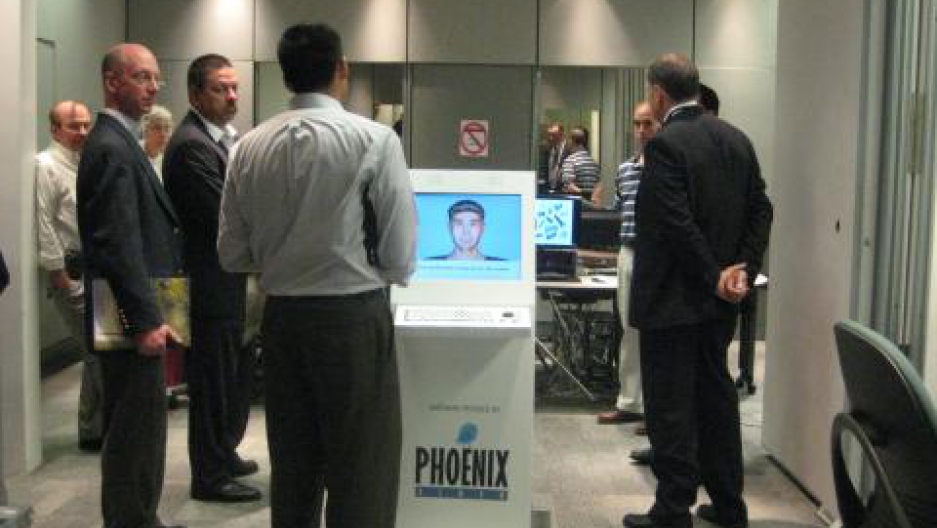 The Embodied Avatar is demonstrated in 2010. (Photo courtesy of the National Center for Border Security and Immigration at the University of Arizona.)

In a report for Wired Magazine, Adam Higginbotham, a New York-based journalist, says humans lie often, but usually are unable to detect lying in others.

"The balance of research so far suggests that you or I can only spot when someone is telling us a lie 54 percent of the time," he said. "Although people have been building lie-detecting machines for almost 100 years, no one has ever really established what the basic facts of how we behave when we tell lies."

Most people are familiar with the polygraph machine for lie detection, which is a box connected to a person through a blood pressure monitor and electrodes. The machine requires a trained polygraph examiner to read the machine's data and determine if someone is likely lying.

The avatar kiosk, on the other hand, does everything on the spot through the use of a computer-generated person that appears on the screen to ask questions.

The kiosk then analyzes the data against its algorithim, which includes the way subjects' eyes dilate and where their gaze moves, Higginbotham said. This information is then combined with a voice stress analysis to predict whether someone is being truthful.

"While one of these things might achieve a success rate in detecting lies of slightly better than chance, when (scientists) put all of them together what they found is they could get more than 90 percent," he said.

But even if someone is good at lying, the machine determines if there are irregularities in your behavior and can decide if you're being deceptive by recognizing key facial signals — called landmarks, Higginbotham said.

Higginbotham said law enforcement agencies could greatly improve their rate of identifying untruths through a system like this.