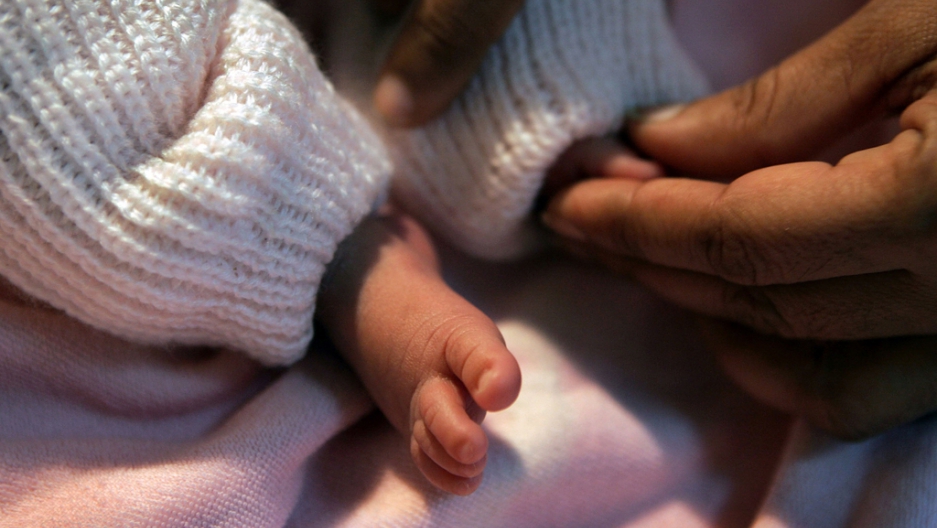 A newborn baby who's mother is HIV positive is checked by a nurse before being given antiretroviral drugs.
Credit: John Moore
Share

A Mississippi baby girl born with HIV has been cured in the first reported so-called "functional cure," meaning she now tests negative for the virus, reported the Guardian.

Dr. Hannah Gay, who led treatment in Mississippi, told the Guardian it was the first "functional cure" of a child with HIV.

The Mississippi child, now two-and-a-half, needs no additional treatment and shows no sign of HIV in blood tests, said Reuters. The baby's name has not been released.

The announcement, made on Sunday during the Conference on Retroviruses and Opportunistic Infections in Georgia, could open up new avenues for treatment of babies infected with the deadly HIV virus, which causes AIDS, said the Guardian.

"This is a proof of concept that HIV can be potentially curable in infants," said Dr. Deborah Persaud of Baltimore's Johns Hopkins University as she unveiled the news in Atlanta, reported Reuters.

The new findings also mark an important departure from previous cases. In 2007, HIV patient Timothy Ray Brown was completely cured through an invasive, costly treatment that, while successful, was so complex it could not be widely implemented, said Reuters. Among other things, the treatment required a donated stem cell transplant.

The Mississippi baby, by contrast, was born from a mother who had just tested positive for the virus and had had no prenatal treatment, which put the child at high risk for infection. The infant was rushed over to Dr. Gay of the University of Mississippi medical center, who put the child on heavy HIV-fighting medication without even waiting to see if the little girl indeed had the infection, said Reuters.

Doctors believe this early intervention — the child was a mere 30 hours old — may have contributed to the treatment's success.

Doctors say additional testing needs to be done to see how applicable such treatment would be.