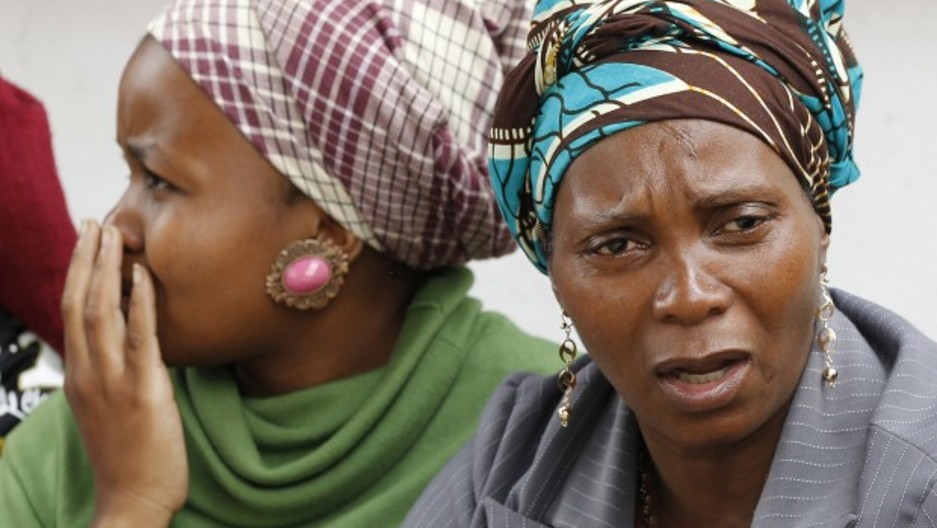 Neighbours and relatives of Mido Macia, a 27-year-old taxi driver from Mozambique who was killed by police gather at his house in Daveyton east of Johannesburg, March 1, 2013. South Africa suspended eight police officers on Friday after the death of a man they had bound to a vehicle and dragged through a busy street in a videotaped incident that has further blackened the reputation of the police. Mido Macia, a 27-year-old taxi driver from Mozambique, was found dead in detention with signs of head injuries and internal bleeding, according to an initial post-mortem report released by South Africa's police watchdog. REUTERS/Siphiwe Sibeko (SOUTH AFRICA - Tags: CRIME LAW POLITICS CIVIL UNREST) - RTR3EFU4

Share
South Africans are calling for radical changes in their police force in the aftermath of a grim video showing local police dragging a man behind a police van. Anchor Marco Werman talks with New York Times correspondent Lydia Polgreen in Johannesburg. "When I talk to experts in policing they say that really deep security sector reform is needed. More training. They need to crack down hard on corruption and they need to orient the force toward serving the public rather than going after criminals," Polgreen says. "Clearly it's a message that needs to come from the top and needs to trickle all the way down to the policeman on the beat."