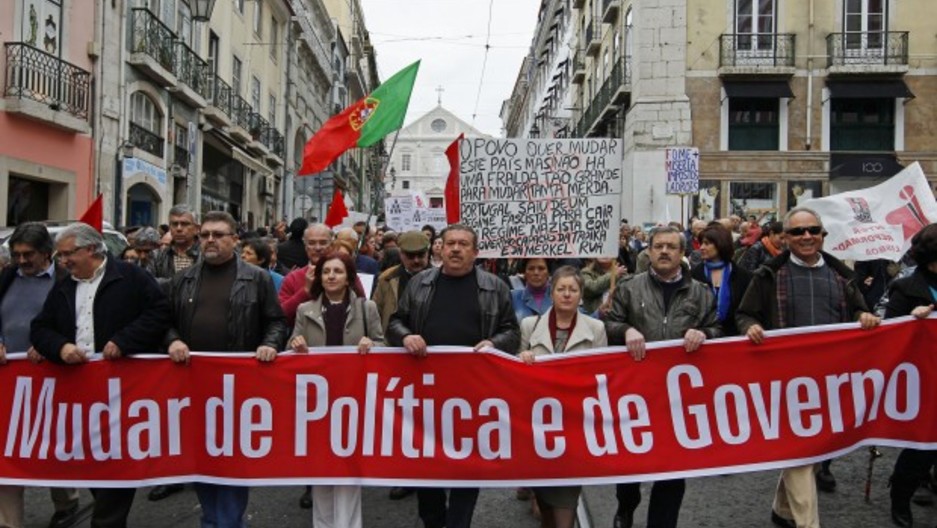 Share
The song "Grandola, Vila Morena" first became a symbol of protest during the 1974 revolution that brought democracy to Portugal. Now it's being revived to protest against austerity. Carlos Bahia was 10-years-old in 1974. He came to the United States in 1977 and now lives in Danbury, CT. He plays "Grandola, Vila Morena" on his radio program Radio Familia on WFAR in Danbury, Connecticut. He says he's getting numerous requests to play the song on his show.