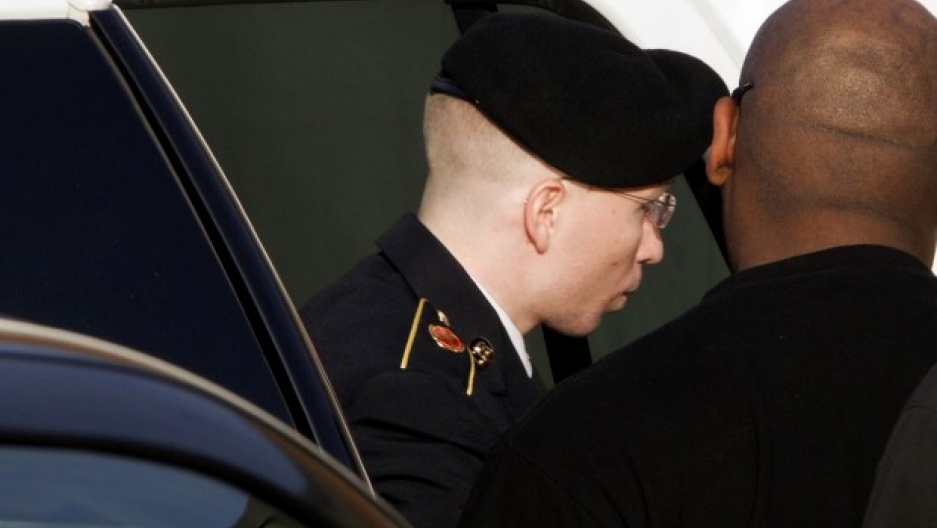 Army Pfc. Bradley Manning arrives to the courthouse for his motion hearing in Fort Meade in Maryland January 9, 2013. A military judge on Tuesday reduced by 112 days any sentence that accused WikiLeaks leaker Bradley Manning might receive as compensation for harsh treatment he received in military detention, a Department of Defense spokesman said. Manning, a 25-year-old U.S. Army private, faces 22 charges including aiding the enemy, which carries a penalty of life in prison. REUTERS/Jose Luis Magana (UNITED STATES - Tags: MILITARY CRIME LAW POLITICS) - RTR3C8SC

Share
Thursday, US Army private Bradley Manning—who was charged with sharing a trove of classified documents with the group Wikileaks— shed some light on why he did it. Manning spoke at military hearing in Maryland where he pleaded guilty to some of the charges against him. Arun Rath has been following the Manning case for The World and the PBS program Frontline, and talks to anchor Marco Werman on what was said at the hearing.