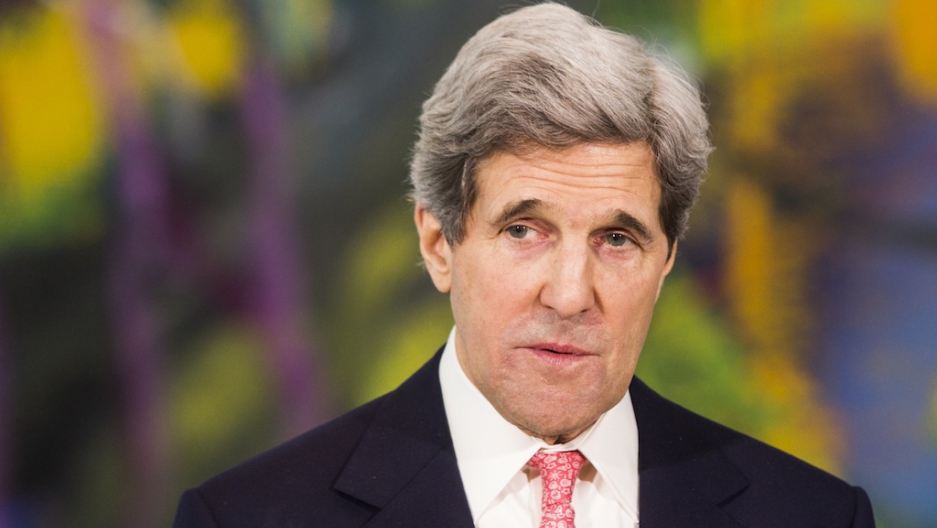 U.S. Secretary of State John Kerry speaks during a statement to the press on Feb. 26, 2013 in Berlin, Germany.
Credit: Jochen Zick
Share

US Secretary of State John Kerry on Wednesday said the US is "examining and developing ways to accelerate the transition the Syrian people seek and deserve," suggesting the America may play a greater role in aiding the opposition, reported NBC News.

His comments in Paris on Wednesday follow a Monday promise that the Syrian opposition would not be left "dangling in the wind" regarding US support, reported The New York Times.

The remarks also come alongside a Wednesday report from The Washington Post citing officials as saying the White House is considering sending Syrian rebels military help, such as body armor and armored cars and maybe even training. This would be a significant step away from the Obama's non-interventionist stance. Kerry has not explicitly commented on the reports, however, said NBC.

Nonetheless, the new Secretary of State has been remarkably forceful on Syria in recent days, reported Agence France-Press, quoting Kerry as saying in Paris late Tuesday that Assad "needs to know he can't shoot his way out of this." He also called on the opposition to suggest ways to end the conflict in Syria, where the United Nations estimates nearly 70,000 people have died in violence between Assad and an armed uprising against his rule over the past 23 months.

Kerry’s remarks followed unusual US lobbying ahead of a Thursday Rome event boycotted by the Syrian opposition in protest of what they see as dismal international support, said NYT.

But Vice President Joe Biden and Kerry personally called the head of the main Syrian opposition party, Moaz al-Khatib, in order to convince him to come to to the event, according to NYT.

The developments come a day after reports that Saudi Arabia has been arming Syrian rebels.

Kerry is currently on his first foreign trip since taking office.