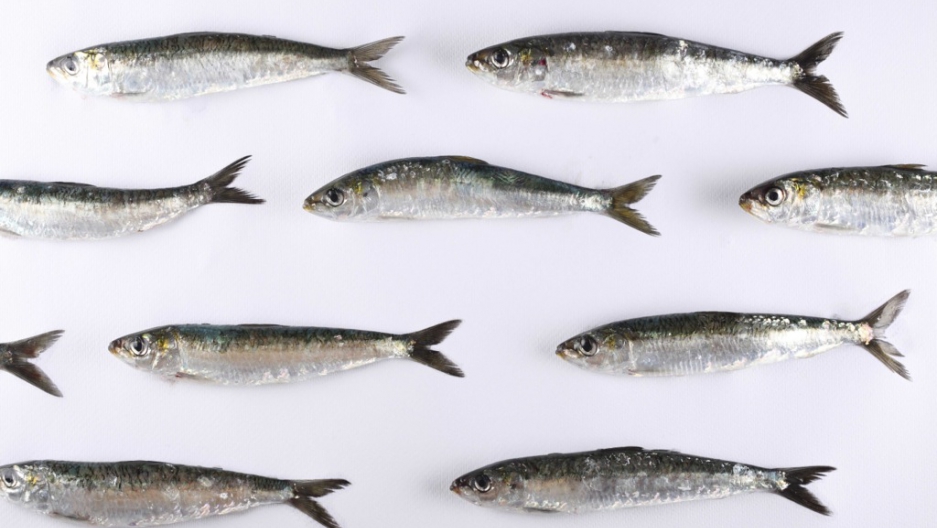 Photo from the cookbook "Seafoodpedia," The book won "Best in the World" in its category.
Credit: Clay McLachlan
Share

JERUSALEM — Israelis may have been hoping 2013 would bring recognition for their cinematic prowess, with two Oscar-nominated documentaries, but its turning out to be "The Year of the Cookbook."

Whatever the misgivings about their Oscar candidates, two films sharply critical of Israel's occupation of Palestinian lands, Israelis were sorely disappointed to awaken Monday morning to find themselves without a single gold statuette.

Had they averted their gazes from garish Los Angeles to that other glittering metropolis — Paris — they might have felt better.

This weekend at an elegant ceremony at the Louvre, in the French capital, an Israeli cookbook called "Seafoodpedia" won "Best in World" in its category at the renowned Gourmand World Cookbook Awards, which are dubbed "the Oscars of international cookbooks."

Another book, “Jerusalem, A Cookbook,” published in England by the Israeli-Palestinian team of Yotam Ottolenghi and Sami Tamimi, walked off with the “Best in the World” laurels for Mediterranean Cuisine.

The timing could not have been more propitious. Also this weekend, the New England Journal of Medicine revealed that a major study conclusively proves a seafood-heavy Mediterranean diet can stave off up to 30 percent of heart attacks and strokes.

But that's not all. More gastronomic glory arrived thanks to Apple, opening the week with a new ad campaign based — yes, you guessed it — on a brand new Israeli cookbook app, "Look and Cook."

The voice-activated app ($2.99) offers you an experience akin to inviting a personal trainer/top chef, in the personage of Israeli celebrity chef Meir Adoni, into your kitchen to talk you through every tiny step.

It is, according to Apple, "mind watering."

Kinetic Art, the Israeli start-up that designed the app has been basking in rave reviews, taking its turn in the sun that shines upon high-tech achievement in the new culinary mecca.

"When you leaf through a well-made cookbook," he continued, "it makes you hungry. We wanted to recreate that visual and sensual experience."

The app offers you "a rare backstage pass into the most cutting-edge of new Israeli kitchens," which might have sounded more outlandish before the imprimatur of the Parisian prizes.

Seafoodpedia, Israel's winner in the "Fish and Seafood" category at the Gourmand awards, beat out such fish and seafood powerhouses as China, the Netherlands and Portugal.

More than a cookbook it feels like a concept statement about the place of seafood in life and in aesthetics, an object designed so that as you reach for it you feel like you're picking up a fish, glistening scales and all.

It is a strange and magnetic amalgam of exhaustive encyclopedia, listing (in seven languages) every known product of the sea matched to inventive, precise art-house images of the same — and a nice, if rather ambitious traditional cookbook.

Pending publication of an English-language app (Kinetic Art is working on it) the book's recipes are all in Hebrew, created by Yoram Nitzan, chef at Tel Aviv's famed Mul Yam restaurant and one of Israel's most celebrated gastronomes. In a world of chefs who only sign off on their dishes, Nitzan is known for working 10 out of the restaurant's 14 weekly services. In 18 years, his restaurant has not missed a day of work.

"Seafoodpedia," Nitzan says, is "the distillation of all the work I have done here. It's everything we do, in a tangible, long-lasting format." The massive, stunning book costs $80.

To think of Mul Yam is to think of a cube of glass perched on a gentrified, undulating port, the sort of place where tables are hard to come by and covered with white tablecloths, but where you'd feel comfortable showing up in a polo shirt.

The place stands stubbornly against the current fashion of local, slow food.

Shalom Maharovsky, Mul Yam's owner, proudly lists the French fish markets and Canadian harbors from where he imports his products. "We are only interested in the best," he says, "not the nearest by." Maine lobsters are flown in live, in specially moistened piles of hay.

Nitzan's cooking is itself something of an art-house amalgam, in which he offers ingredients as esoteric and prosaic as same-day catch sea bass alongside spiky mizuna and velvety Turkish spinach grown exclusively for the restaurant, Crystal shrimp and a cheery lime-thyme foam. (The shrimp with Turkish spinach is called "Popeye's.")

His most famous dishes, Crab Capuccino (frothy, briny, café-au-lait colored) and Fabergé Eggs (a tinted, perfect orb of sugar filled with pastry cream and seasonal fruits that looks like a fancy Christmas ornament) sometimes bring schoolgirls to the restaurant just to try a single dish, splitting the cost. Nitzan says "he loves seeing them here."

Though Mul Yam remains the only Israeli restaurant ever mentioned in the same breath as the word Michelin, Maharovsky's ambitions lie elsewhere. "We're far from that," he says. "We're never going to be a three-tablecloth sort of place with a stuffy vibe. We want people to feel comfortable, eat well, and go home with something of our design and our spirit in mind."