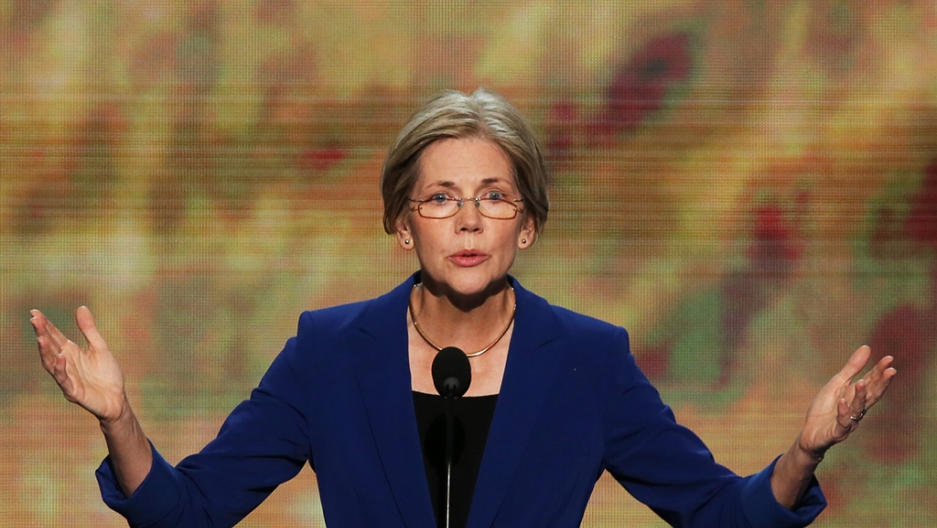 Ben Bernanke testified before the Senate Banking Committee today, and for the most part, things proceeded as usual.

Until Elizabeth Warren took the mic.

Sen. Warren, D-Mass., grilled Bernanke on "too big to fail" and the subsidy economists have calculated big banks get from the American taxpayers through preferential borrowing costs.

Here's what she said (via Bloomberg):

"Now we have a double problem which is the big banks ... have gotten bigger and at the same time ... investors believe with too big to fail out there, that it's safer to put your money into the big banks and not the big banks, effectively creating an insurance policy for the big banks .... Last week Bloomberg did the math on it and came up with the number $83 billion, that the big banks get in what is essentially a free insurance policy ... So I understand that we're all trying to get to the end of TBTF, but my question Mr. Chairman is, until we do, should those biggest financial institutions be paying the American tax payer that $83 billion subsidy they're getting."

To which Warren countered, "excuse me Mr. Chairman, but you did not wipe out the shareholders at the big banks ... Whatever you say, Mr. Chairman, $83 billion says there will be a bailout for financial institutions."

Eventually she pushed Bernanke until he said, "I think we should get rid of it."

The Bloomberg calculation Warren was talking about was in an editorial from last week. Here's the bit you need to see.

Lately, economists have tried to pin down exactly how much the subsidy lowers big banks’ borrowing costs. In one relatively thorough effort, two researchers — Kenichi Ueda of the International Monetary Fund and Beatrice Weder di Mauro of the University of Mainz — put the number at about 0.8 percentage point. The discount applies to all their liabilities, including bonds and customer deposits.

Small as it might sound, 0.8 percentage point makes a big difference. Multiplied by the total liabilities of the 10 largest US banks by assets, it amounts to a taxpayer subsidy of $83 billion a year. To put the figure in perspective, it’s tantamount to the government giving the banks about 3 cents of every tax dollar collected.

The top five banks — JPMorgan, Bank of America Corp., Citigroup Inc., Wells Fargo & Co. and Goldman Sachs Group Inc. — account for $64 billion of the total subsidy, an amount roughly equal to their typical annual profits ... In other words, the banks occupying the commanding heights of the U.S. financial industry — with almost $9 trillion in assets, more than half the size of the US economy — would just about break even in the absence of corporate welfare ....

Business Insider: The Most Elite Special Forces In The US

Business Insider: A Day In The Life Of America's Sexiest Bee Scientist

Business Insider: How The US Air Force Sniffs For Nuclear Explosions