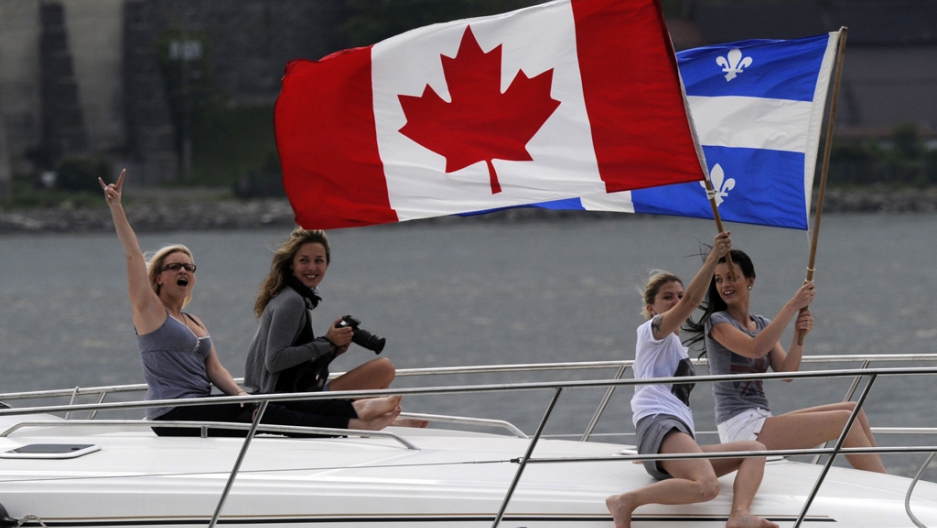 Quebec's language police have struck again, telling an Italian restaurant to take the "F" off, eh.

The Office quebecois de la langue francaise — bureaucrats who ensure French is Quebec’s dominant language on street signs and elsewhere — has told Conti Caffe to drop one “F” from a sign outside its Quebec City establishment.

That’s because “caffe” is Italian and, perhaps, confusing for those looking for a French “café,” CTV News reported.

“It’s ridiculous because what does it change in the life of everyone to have Conti Caffe spelled with one ‘F’ or two ‘F’s?’” co-owner Mathieu Pettigrew told CTV.

The ownership has also changed menus and napkins and plans to auction contraband wine glasses inscribed with "Caffe Conti" for charity.

This comes just days after the language office drew resounding criticism and sometimes derisive international headlines over an Italian menu it said had too much Italian.

The language police—or tongue troopers, as the Montreal Gazette called them—told Buonanotte restaurant last week that French must be most prominent on its menu.

However, after the backlash, the OQLF admitted to “excess of zeal.”

The affair spawned hundreds of jokes on social media, including a #pastagate hashtag and @QuebecPasta Twitter account.