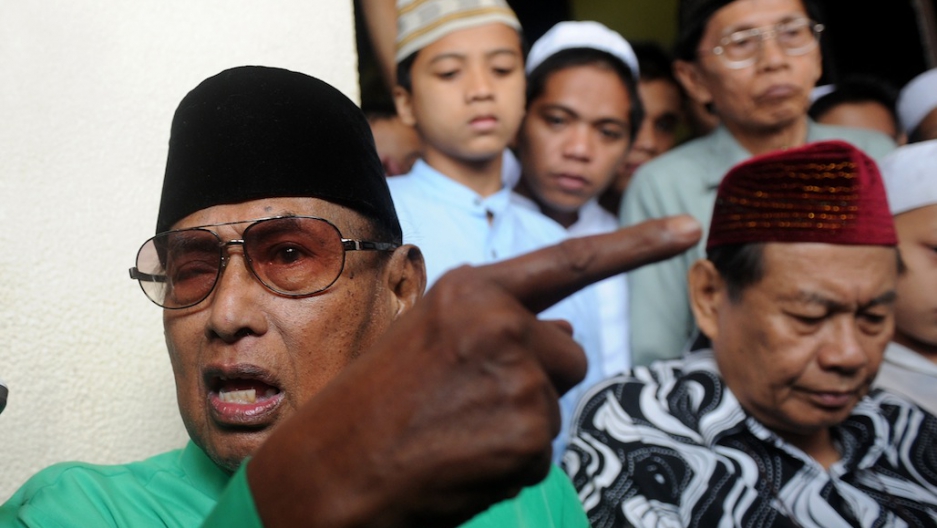 Jamalul Kiram, sultan of the southern Philippine island chain of Sulu, tells reporters that his armed followers who have crossed over to Malaysia will continue to demand land that historically belonged to his sultanate. (NOEL CELIS/AFP/Getty Images)
Credit: AFP
Share

You'd be hard pressed to find much about this in an American high school history textbook. But, exactly 100 years ago, US forces violently subdued Islamic militants in the modern-day Philippines and the fighting left upwards of 10,000 dead.

That war was the last gasp of the Sultanate of Sulu, an Islamic kingdom that once ruled a large portion of the Philippine tropics. The conflict ended in American colonial victory and the sultanate drained of its power.

Well, guess who's back?

It seems the sultanate -- kept alive mostly in name only -- now has a new self-proclaimed "Royal Army."

And according to the contemporary sultan, a descendent of the ruler quelled by the US long ago, Americans are obligated to support his forces in a crusade to recover lost soil.

As the regional press has furiously reported, a group of roughly 200 militants -- a portion of them armed with assault rifles -- sailed two weeks ago from the Philippines to a lush corner of Sabah, a province of Malaysia. Their claim in a nutshell: though the land has been "rented" and bandied about between regional and colonial powers since the 19th century, it rightfully belongs to the sultan. They earned the territory fair and square, they say, as a prize for helping the Sultan of Brunei quell an insurrection in 1704.

The Philippine Star has a photo of the "Sultan's Army" in uniform here.

Though little reported in the West, high drama surrounds this endeavor, which is an armed invasion in the eyes of Philippine and Malaysian officials.

Malaysian forces have showed restraint but a standoff drags onward. The Philippine president, according to The Star, has told the sultan that "these times require you to use your influence to prevail on our countrymen to desist from this hopeless cause."

Instead, the sultan is prevailing on the US government.

Through a spokesman, the aging sultan said he intended to reach out to President Barack Obama to remind the US that, when America overran the sultanate, it promised "full protection" should a problem arise with foreign powers. He referred specically, the Inquirer reports, to a 1915 agreement between an occupying U.S. governor and his ruling sultan predecessor.

You can read the agreement here. I'm no lawyer but it doesn't appear to promise anything about protection. It states that, in return for accepting America's sovereignty, the sultan is assured that the US won't strip his nominal title or undermine his religious gravitas.

In short, it's a lousy deal for a ruler who just lost a very bloody conflict and has scant bargaining power.

What are the odds of Obama siding with a ragtag "army" of 200 over two sovereign nations with which it enjoys good relations?

But the ensuing conflict is a reminder of how America's largely forgotten colonial wars can to continue to reverberate into the modern news cycle.