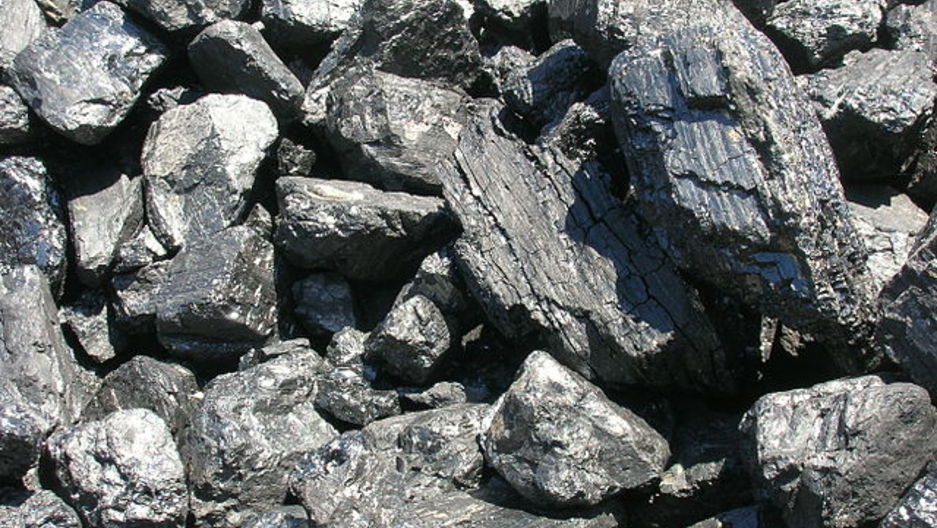 The coal miners working for the Zetas are lowered into small mines to extract coal that's sold to larger companies. (Photo by Nostrifikator via Wikimedia Commons.)

The Zetas, one of Mexico's drug cartels, is adding another source of income to their arsenal with illegal coal mining in the Mexican state of Coahuila.

The Zetas typically use miners who aren't highly trained, Holman says, so they can pay them poorly and make greater profits.

"These small mines as you drive through Coahuila ... you can see them on the side of the roads in the coal district. And they’re literally just some men gathered around what looks a very ropey sort of machine to lower them down into the depths of the earth and bring up that coal," he said.

Larger companies buy the coal from these smaller mines and then send the coal to a state-owned company, Prodemi, Holman said. Prodemi sells the coal to clients.

"This has blown up to be quite a scandal in Mexico because amongst the companies that end up with this coal, as well as private companies, are state-run companies," he said.

Last year, the Mexican federal government killed Heriberto Lazcano, the former leader of the Zetas gang, in the coal-mining town of Progreso. Holman says people believe Lazcano was in the process of becoming a miner.

"This state is very much in the hands of the Zetas gang, one of Mexico’s most ruthless drug gangs, and one that's shown a certain talent in expanding into other businesses: extortion, people trafficking, pirate copies of DVDs ... and it seems like this is the latest venture for them," he said.

With the Zetas getting into the coal mining business, legal coal miners risk being tortured or killed if they speak out, Holman said.

But both legal and illegal coal miners face safety concerns from doing their jobs.

"Almost seven years ago, there was a huge accident in which 65 miners died — and some of those bodies have never been recovered," Holman said.

Advocates for miners' rights say the safety of coal mining hasn't improved, and illegal miners will endure even worse conditions because they don't have even the few safety regulations that the legal mines have, Holman said.

There's an ongoing federal investigation into what's happening in Coahuila, but there haven't been any conclusions drawn or mass arrests, Holman said.