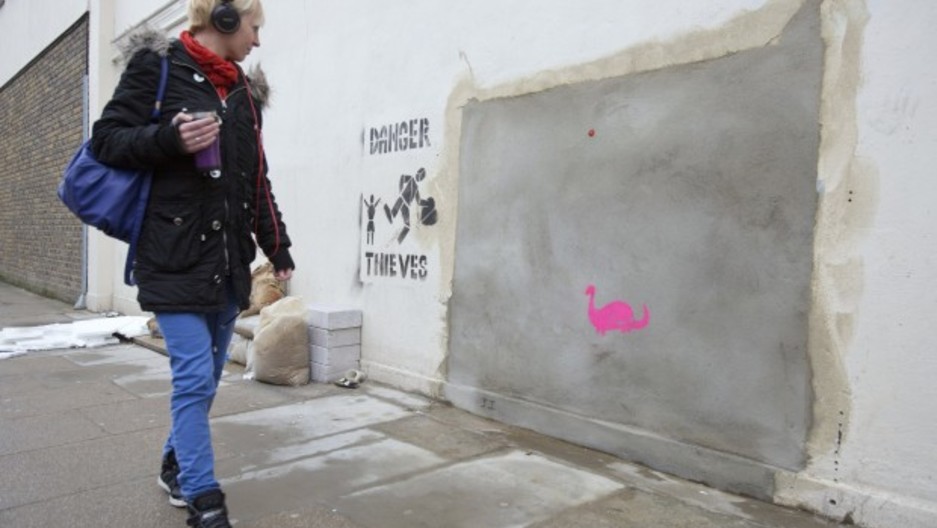 A woman walks past the former site of "Banksy: Slave Labour", a mural by graffiti artist Banksy, in north London February 20, 2013. The mural is up for sale at a Miami auction house after the work, and a chunk of the North London wall it was spray-painted on, vanished late last week. REUTERS/Neil Hall (BRITAIN - Tags: ENTERTAINMENT BUSINESS SOCIETY) - RTR3E0T7

The sale of a mural by secretive British graffiti artist, Banksy, has been unexpectedly halted in Miami.

The mural had been taken from a wall in north London, prompting an outcry from the local community.

It's unclear why the auction was stopped, but residents want the mural, called Slave Labour, returned.