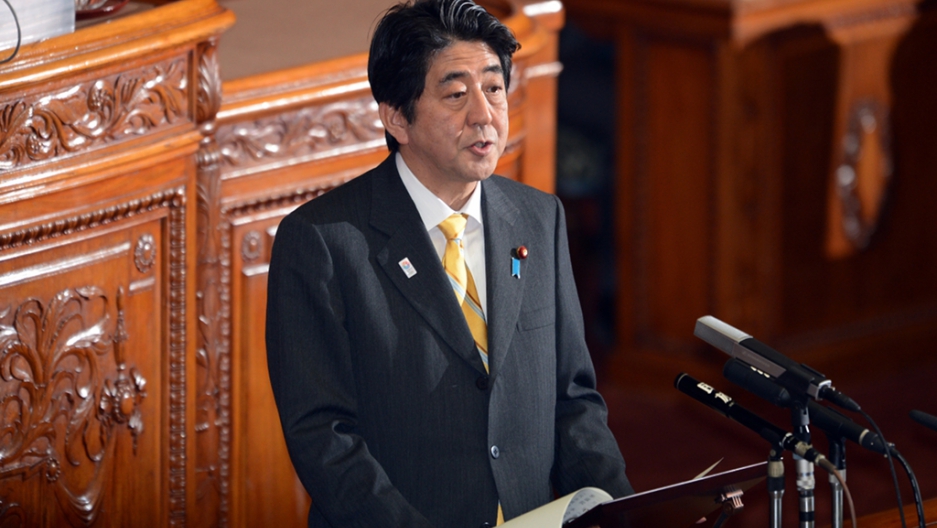 Proving that Mansfield's words, first uttered in the early 1980s, still ring true today will be the most pressing task facing Japanese Prime Minister Shinzo Abe when he meets US President Barack Obama at the White House on Friday.

The leaders, meeting for the first time since Abe's Liberal Democratic Party returned to power last year, have plenty to discuss.

Top of the list will be the precarious security situation in Northeast Asia after months of friction between Tokyo and Beijing over the Senkaku islands, and recent missile and nuclear tests by North Korea.

Under Japan's previous administration, led by the left-of-center Democratic Party of Japan, ties were strained as it attempted to guide the country’s foreign policy away from the United States and towards Asia. An ill-fated plan to remove a contentious US marine base from the southern island of Okinawa only added to the irritation felt at the Pentagon.

But Abe, Japan's fifth leader since Obama took office, is more naturally attuned than his immediate predecessors to US expectations of Japan — namely a more robust, active junior partner in an alliance that has endured for more than six decades.

One of Abe's first significant moves was to increase defense spending for the first time in more than a decade. He has talked about revising his country's US-authored "pacifist" constitution to give troops a bigger regional role and, more contentiously, enable Japan to come to the aid of the US and other allies under attack.

He has also indicated he will revive a previous bilateral agreement to move the Okinawa marine base to an offshore location on the island, although selling the idea to local residents will test his powers of persuasion.

In a speech titled "Japan is Back," Abe will today echo recent comments designed to reassure his hosts and bring to an end three years of drift in the relationship once lauded by Mansfield.

"The Japan-US alliance is the linchpin of our foreign policy," Abe said last month. "We need to bolster it and nurture it back to health. I am determined to use the upcoming bilateral summit to show to the rest of the world that our strong alliance is back." Abe's goal in the East China Sea, to maintain maritime security and secure freedom of navigation, works as much in Washington's favor as in Tokyo's.

But too vigorous a public love-in at the Oval office carries risks for Obama. He will be keen for Abe, a nationalist who has promised to vigorously defend Japan's claims to the Senkakus, to avoid raising tensions with China.

That said, Washington is bound by a security treaty to come to Japan's aid in the event of a conflict in the East China Sea. That was the grim scenario outlined this week by the Congressional Research Service, which warned that the United States "could become directly involved in a military conflict" over the islands amid "increasingly aggressive operations" by China.

"The president's focus, as you can imagine, is on the importance of managing these issues in a diplomatic way that lowers the tensions," Danny Russel, who advises Obama on Asian security, told reporters ahead of Abe's three-day visit. "No one wants to allow tensions to escalate."

With precision timing, China accused Abe of exploiting the Washington summit to gain the upper hand in the territorial row. "US support for Japan on the issue would not only damage Washington's credibility as a constructive superpower, but also as an important partner of China on many pressing global issues," an editorial in the People's Daily Online said.

In a barely concealed reference to Abe, it said the United States would be better off working with Beijing to "rein in the dangerous ambitions of rightist Japanese politicians."

Security assurances aside, Abe will seek Obama's support for his program of debt-financed public spending and super monetary easing, measures some in Europe have criticized for fomenting a currency war.

If Abe is to return to Japan on Saturday with the bilateral relationship truly restored to health, he will have to offer Obama something in return.

More from GlobalPost: 3 hanged in Japan in first executions under Abe

That will mean showing more than a mere intellectual curiosity in the US-led free trade pact known as the Trans-Pacific Partnership. This is potentially problematic for Abe, who has said Japan will refuse to join negotiations unless it is exempted from tax removal on certain items — notably rice — to avoid enraging the leader’s traditional supporters in the farming lobby.

Above all, the success of the talks will hinge on how the leaders present a supposed new era of closer security ties in the face of growing threats to stability in the Asia-Pacific, according to the Japan expert, Kenneth Pyle.

"The interests of Japan and the United States, the two great status-quo powers of the region, will be the ones most challenged by the imminent great-power change ... aligning the approaches of Tokyo and Washington offers substantial rewards," he told a meeting of the US-based National Bureau of Asian Research.