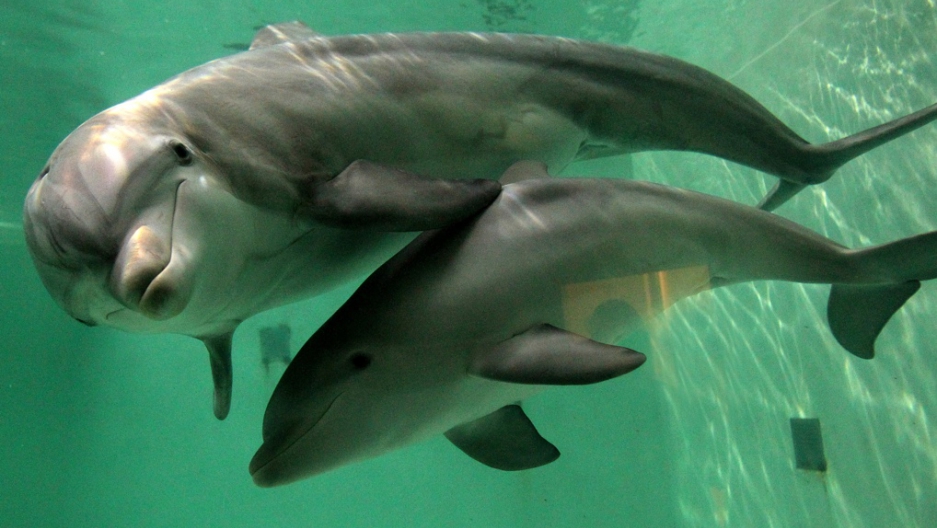 What's in a name? A lot of squeaks and whistles if you're a dolphin.

A study published in the latest edition of the Proceedings of the Royal Society B finds that bottlenose dolphins use sounds like squeaks, whistles and clicks to call out to loved ones by "name" when they become separated.

More from GlobalPost: Dolphins sleep with half their brain at a time, study says

They are the only animals -- other than humans -- known to do this, Discovery News reported.

"They use these when they want to reunite with a specific individual, biologist Stephanie King of Scottland's University of St. Andrew told Wired.

King and her colleagues collected acoustic data from wild bottlenose dolphins around Sarasota Bay, Florida, between 1984 and 2009, according to Discovery News.

During the captures, the dolphins couldn't see each other but could hear each other and mimicked their compatriots' signature whistles to communicate, researchers found.