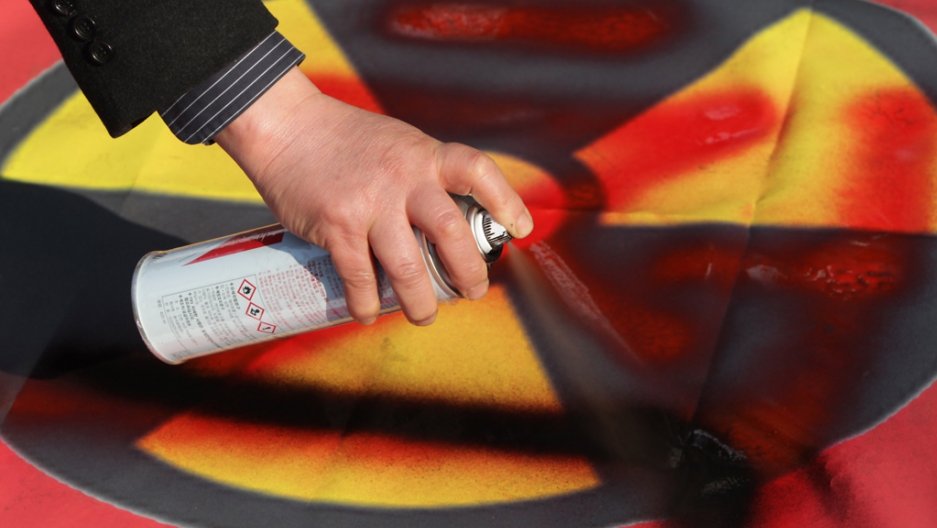 A South Korean protester sprays on a North Korean national flag during a rally a day after North Korea announced they conducted a third nuclear test on Feb. 13, 2013 in Seoul.
Credit: Chung Sung-Jun
Share

SEOUL, South Korea — South Korean lawmakers from the Saenuri Party, the country's conservative ruling party, stepped up their battle cry at the National Assembly this week: It's time for South Korea to man up and make its own nuclear weapons, they said.

“The only way to defend our survival would be to maintain a balance of terror that confronts nuclear with nuclear,” said Representative Shim Jae-cheol at a National Assembly meeting in Seoul on Tuesday, as quoted in the Joongang Ilbo.

The proclamation comes in response to North Korea's third nuclear test on Feb. 12, sparking a war of words between the divided peninsula.

Some analysts are speculating that North Korea could carry out a fourth test soon as a show of strength. The allegation isn't certain despite satellite imagery of increasing activity at the Punggye-ri test site, in the country's far north.

"The images KBS secured from US-based Digital Globe show signs of snow being removed and materials being transported around key facilities and roads along the site’s southern tunnel. Snow on the road along the perimeter of the site also appears to have been cleared."

Government officials in Seoul, however, do not believe North Korea will carry out another test soon.

That's not reassuring for regular South Koreans. Two-thirds of the country supports the creation of a nuclear program in response to the North Korean threat, according to a Gallup poll released Wednesday.

The popular sentiment comes at a touchy time for president-elect Park Geun-hye, who is set to take office on Monday. Park has promised to warm ties with the hermit kingdom, hoping that tit-for-tat gestures from both sides will improve relations on the peninsula.

But Park condemned the nuclear test, saying her incoming government would not tolerate a nuclear-armed North.

The US has taken its usual role, urging restraint from Seoul after a provocation from the North. The US ambassador to South Korea, Sung Kim, said that the country developing its own nuclear capability, or the US redeploying tactical nuclear weapons, would be a "huge mistake."

Fearing a peninsular arms race, Washington has sought to limit South Korean military capabilities since the Korean War of 1950 to 1953.