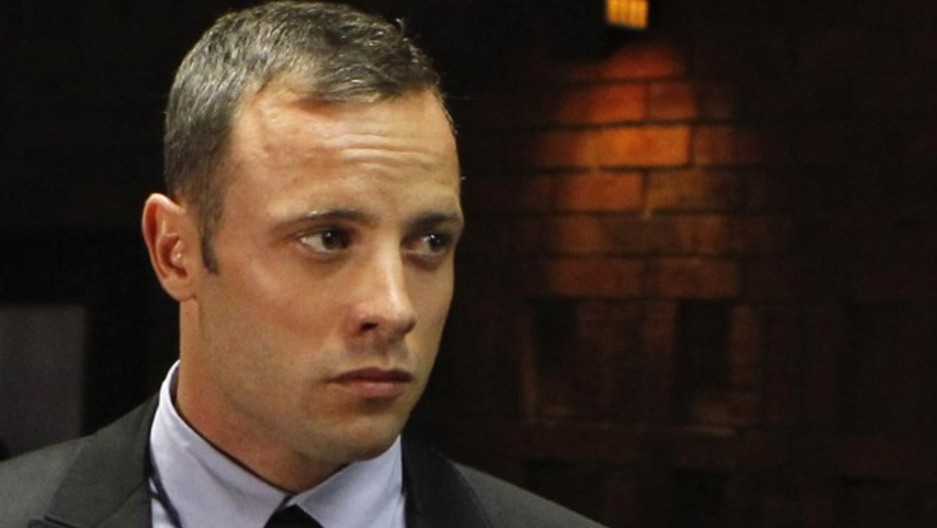 Oscar Pistorius stands in the dock during a break in court proceedings at the Pretoria Magistrates court, February 20, 2013. "Blade Runner" Pistorius, a double amputee who became one of the biggest names in world athletics, was applying for bail after being charged in court with shooting dead his girlfriend, 30-year-old model Reeva Steenkamp, in his Pretoria house. REUTERS/Siphiwe Sibeko (SOUTH AFRICA - Tags: CRIME LAW SPORT) - RTR3E0PV

Share
The bail hearing against Olympic athlete Oscar Pistorius will go into a third day after another hearing filled with drama. A witness heard gunshots, screaming, and then more shots fired at Pistorius' home on the night Reeva Steenkamp was killed, a police officer has said. Day two of his bail hearing in Pretoria Wednesday also heard police suggest Pistorius may flee if he is granted bail. He denies the premeditated murder of Steenkamp, his girlfriend, saying he mistook her for an intruder. Anchor Aaron Schachter talks with South African journalist Nastasya Tay, who's been covering the case.