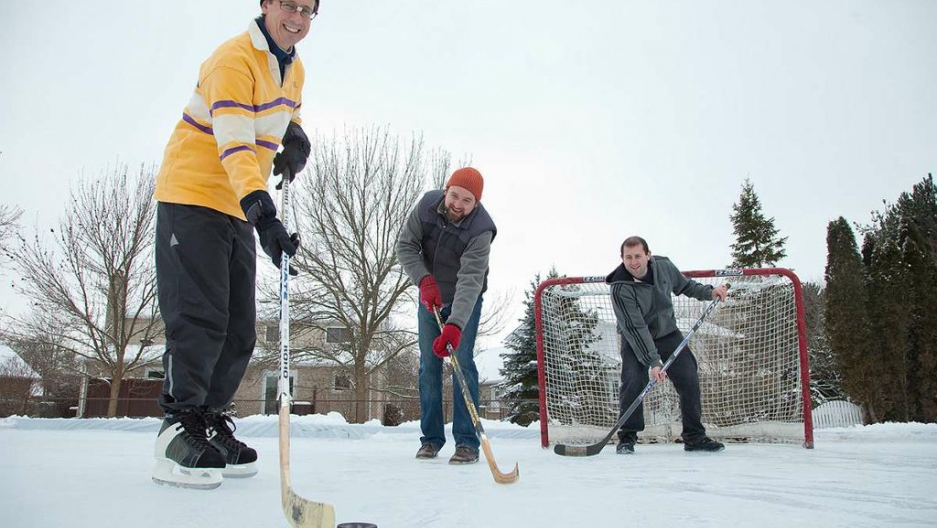 Backyard skating rinks in Canada and across the northern latitudes are being threatened by increasing temperatures caused by global warming, scientists say.

In an effort to track these changes, a group of climate scientists have created RinkWatch.org, which allows people to use their backyard skating rinks as a yardstick to track climate changes.

"This has been a really tough winter. There’s been a lot of freezing and thawing, which is really tough on backyard rinks," he said.

On the website, citizens with backyard rinks become RinkWatchers by pinning the location of their backyard rink on the website's interactive map and uploading information about the rink's current skating conditions.

RinkWatchers are asked to answer yes or no to whether weather conditions allowed them to skate on their rink, McLeman says. Good skating conditions generally mean the temperature has stayed below 25 degrees Fahrenheit.

"We pool that data from right across North America, and then we can start to observe trends and patterns of what’s going on," he said.

The site has been successful in gathering watchers across Canada, the northern United States and into Russia. RinkWatch scientists hope to involve thousands of people in the scientific process.

"Right now we have over 1,000 registered users and over 750 skating rinks from the Yukon Territory in the Northwest right down to Massachusetts," he said.

McLeman and his team hope the website becomes a resource for citizens to track changes in the length of winter and changing temperatures over the next few years.

"Environmental change seems to be speeding up and having greater impacts on our day-to-day well-being. So we need to get people involved in doing something about it, and this is one way I hope we can," he said.