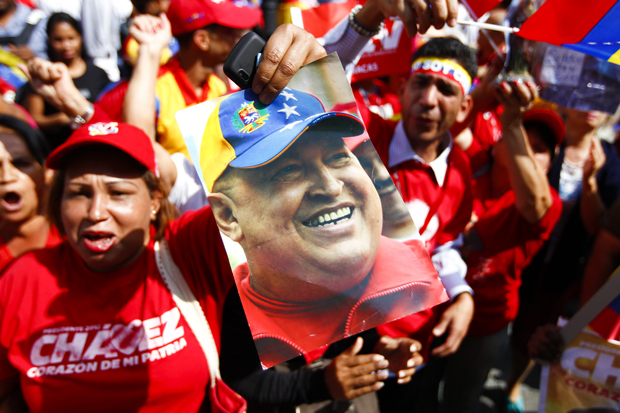 Supporters of Venezuela's President Hugo Chavez gather at Plaza Bolivar in Caracas February 18, 2013. Chavez made a surprise return from Cuba on Monday more than two months after surgery for cancer that has jeopardized his 14-year rule of the South American OPEC member. The 58-year-old socialist leader underwent a six-hour operation in Cuba on December 11 and had not been seen or heard in public until photos of him were published on Friday. REUTERS/Carlos Garcia Rawlins (VENEZUELA - Tags: POLITICS) - RTR3DYGE

Share
The government of Venezuela says ailing president Hugo Chavez has returned to his country from Cuba. Anchor Katy Clark speaks with blogger Francisco Toro sabout what the return could mean for Venezuela.