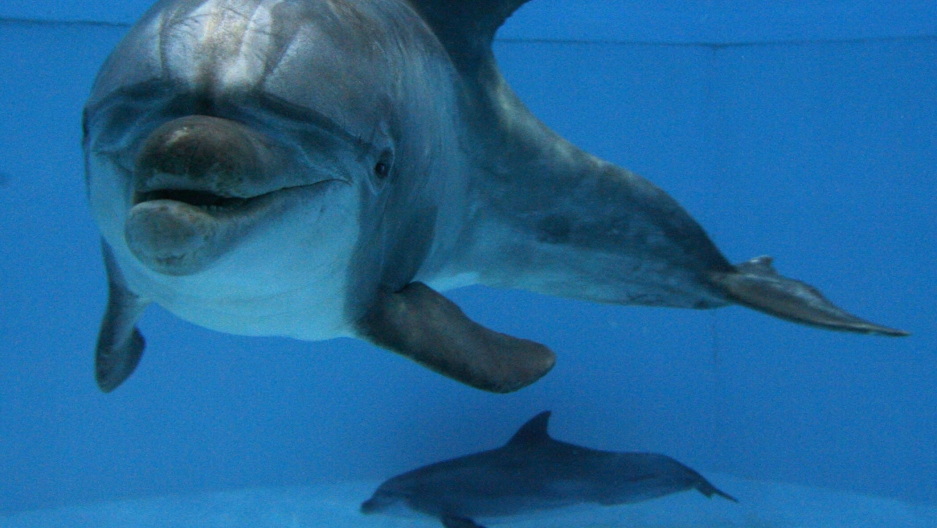 Two dolphins swim in their pool at the zoo of Nuremberg, southern Germany, on November 26, 2008.
Credit: Timm Schamberger
Share

Tourists on a cruise through the waters off San Diego where treated to an enormous surprise when they came across a "super-pod" of dolphins: tens of thousands of the marine mammals, gathered together in a rare natural spectacle.

The February 16th tourist boat, operated by Hornblower Cruises, managed to follow the massive gathering for over an hour, according to NBC San Diego.

“They were coming from all directions, you could see them from as far as the eye can see,” said ship captain Joe Dutra to NBC.

“I’ve seen a lot of stuff out here… but this is the biggest I’ve ever seen, ever.”

Tourist boat passenger Victor Morassi captured this footage of the event, which was posted on the Telegraph.

Another super-pod swam into view in Southern California in mid-January, composed of around 5,000 individual animals — likely congregating in an area where there was a particularly abundant source of food.

It's not entirely clear why dolphins form superpods, but it's likely got something to do with an abundance of food, said marine animal expert Sarah Wilkin to the BBC.

Wondering what a dolphin "stampede" looks like from the air? This footage captures scores of spinner dolphins in the waters off Costa Rica.