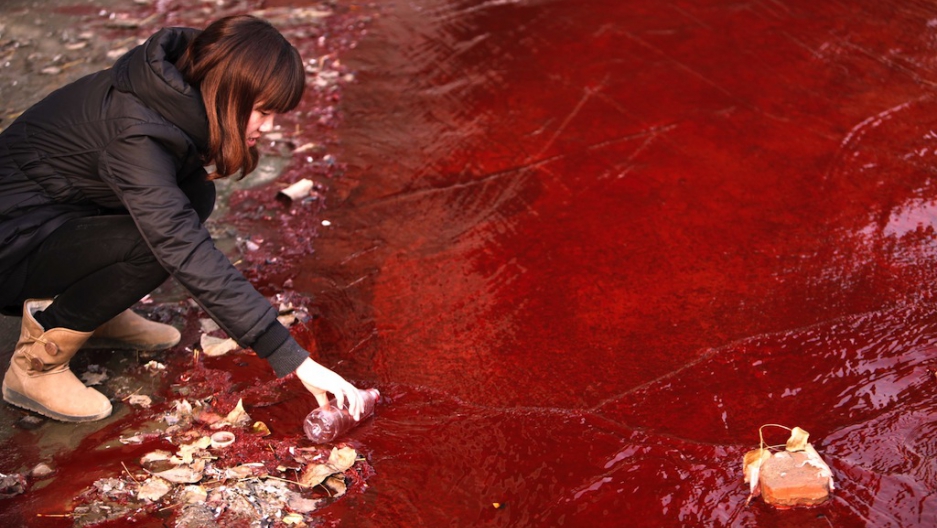 A woman collects a sample of the red polluted water flowing from a sewer into the Jian River in Luoyang, north China's Henan province on Dec. 13, 2011.
Credit: STR
Share

A Chinese entrepreneur from Zhejiang offered a senior official of the local Communist Party about $32,000 to swim in a polluted river for 20 minutes.

Jin Zengmin, chief executive of a Hangzhou eyeglasses retailer, made the wager on Weibo, China's Twitter-like social media website, in an attempt to highlight pollution in the eastern province, according to AsiaNews.

“If the environmental protection bureau chief dares to swim in [Ruian's] river for 20 minutes, I will pay [him] 200,000 yuan,” Jin posted on Weibo, the South China Morning News reported.

Bao Zhenmin, the environmental protection bureau chief of Ruian,  said he knew the river was polluted — but that the local population was to blame, not industrial factories over which he has oversight.

“Overpopulation of this region is the main reason behind the pollution … [The population] has largely exceeded the local environment’s capacity,” Bao told ChinaNews, according to the South China Morning Post.

Voice of America reported in January that up to 40 percent of China's rivers are seriously polluted. Learn more here: