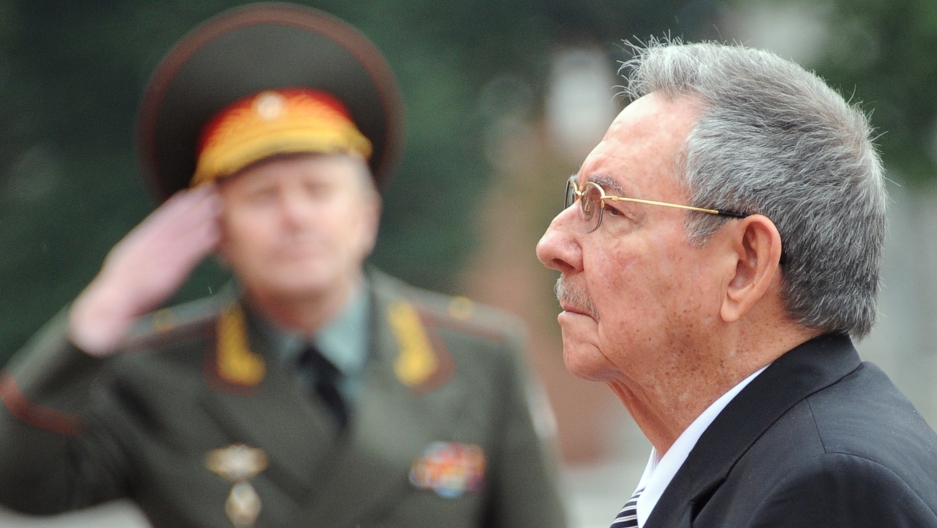 Raul Castro's decision to institute term limits has prompted speculation about the future after he's due to step down in 2018.
Credit: Alexander Nemenov
Share

Government ministers, state company executives, hospital directors and other top figures tended to remain in power until brought down by illness, error or scandal. There was little precedent for stepping aside gracefully for younger leaders to gain management experience. Retirement was a kind of capitulation, a sign of weakness.

So President Raul Castro’s declaration in 2011 that he wanted the government to implement term limits for top posts was a clear and relatively radical break with his older brother’s iron-man leadership philosophy.

“We have arrived at the conclusion that it’s advisable to limit the fundamental political and state offices to a maximum period of two consecutive terms of five years,” Castro said during a Communist Party Conference — the only such meeting in the previous 15 years — to set the island’s long-term agenda.

The term limits would also apply to the presidency, meaning that the 81-year-old Castro — who is set to kick off his second term this month — will be termed out of office in February 2018 at age 86.

A constitutional change is still required to enshrine the term limits in law. But as with almost any political decision, if Castro wants it, it will be so.

The younger Castro has been running Cuba since 2006, when a health crisis forced his older brother to step aside temporarily, then permanently. Raul Castro was officially elected president — by the island’s hand-picked State Council, not direct popular vote — in February 2008.

Cubans held parliamentary elections earlier this month, when 612 candidates ran unopposed for 612 seats in the National Assembly of People's Power. The rubber-stamp legislature, which meets twice a year, will install the 31 members of the State Council next week. They, in turn, will re-elect Castro.

Assuming he keeps his word, the February 2018 end-date means that — barring health problems of his own — Castro will have five years to steward an extraordinarily challenging transition for his country, toward a socialist system that can stand on its own after he and his brother are gone.

“Cuba is entering a period of transformation, and its future will be defined in these next five years — a long time in the life of a single person, but barely a sigh in history,” wrote novelist Leonardo Padura.

Most pressing among his worries is the health of cancer-stricken Venezuelan leader Hugo Chavez, Cuba’s largest financial benefactor. He hasn’t been seen in public since he underwent surgery for an undisclosed form of cancer in December.

His chosen successor, Vice President Nicolas Maduro, is a close ally of the Castros who would probably maintain the economic cooperation agreements that provide Havana with billions worth of oil and hard currency. If Venezuela’s opposition comes to power, however, Cuba could be plunged into another economic crisis.

Then there is Cuba’s relationship to the United States. Castro has repeatedly stated that he’s willing to sit down and discuss “any issue” with the Obama Administration, no matter how sensitive. But US lawmakers maintain that as long as Cuba holds American subcontractor Alan Gross in prison on espionage charges, no progress will be possible.

That may suit Castro just fine, at least for now. His decision to lift travel restrictions on Cubans and enact other migration reforms has been popular, but it’s created new risks for his government. More than 400,000 Cubans now visit the island from the United States each year, and their money and cultural attitudes will exert an ever-greater influence.

Castro’s government seems to be betting it can manage the country’s reconciliation with the nearly 2 million Cubans living abroad while maintaining strict control over the island’s affairs.

It needs their money and their investments. But a re-engagement — and an increase in the number of Cubans migrating abroad for work while keeping property on the island — will probably increase the pressure for democratic reform of the one-party communist system.

It’s one thing for Raul Castro to handle that challenge, even at his advanced age. But it will be another matter entirely for the next generation of leaders who lack the historic credentials of having fought in the 1959 Revolution. Most Cubans were born after the Bay of Pigs invasion and the Cuban Missile Crisis, and the America they see in Hollywood movies and US sitcoms doesn’t look like the mortal threat Fidel Castro warned their grandparents about.

Central to Raul Castro’s five-year plan will be the cultivation of new, younger public figures able to display independence of thought and action. They essentially don’t exist today.

But they have since been purged along with other key Fidel Castro aides, leaving Raul Castro surrounded by a cadre of other mostly octogenarian figures with longstanding ties to the military.

That’s one reason many here will be watching closely to see if Castro’s second-in-command, eighty two year-old Jose Ramon Machado Ventura, will remain in his post when the State Council is selected next week. The selection of a younger figure would likely make that person the leading candidate to replace Castro in 2018.

The speculation is already provoking discussion among Cuba watchers about what type of changes are urgently needed over the next five years.

Speaking in a recent interview with the Havana’s Espacio Laical journal, he suggested starting with a bi-cameral legislature, a constitutional change to divide the roles of president and prime minister between different people, and provisions to ensure “that no military leader or family member of the president can succeed him in power.”