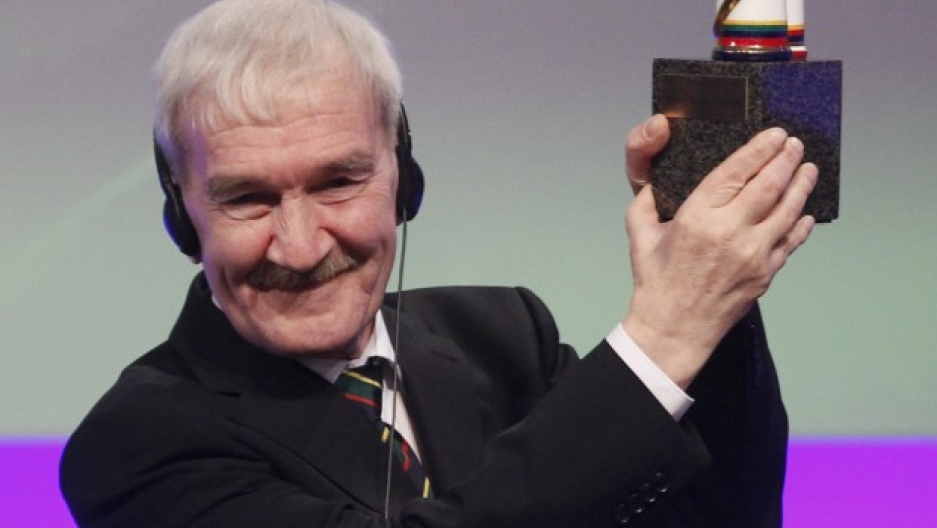 Stanislav Petrov (R), a former lieutenant colonel of the Soviet Air Defence Forces, poses with his award after he was honoured with the 2011 German media award during a ceremony in Baden Baden February 24, 2012. REUTERS/Alex Domanski (GERMANY - Tags: ENTERTAINMENT MEDIA) - RTR2YDUR

Our Geo Quiz takes us back in time to the Cold War.

We're focusing on one particular year a very tense one for US-Soviet relations.

A Korean Airlines commercial flight was shot down by a Soviet interceptor en route to Seoul from New York City.

And President Ronald Reagan announced his new missile defense program or as some people called it, Star Wars.

This was also the year when a military officer named Stanislav Petrov made the biggest decision of his life and maybe yours.

He was on duty at the Soviet nuclear command center when he saw what appeared to be five American nuclear warheads flash on the screen before him.

According to his system, the missiles were headed for the Soviet Union.

He should have alerted his superiors but instead Petrov did nothing.

Thankfully so, because it turned out to be a false alarm.

Petrov was given the Dresden International Peace Prize for his decision to do nothing.

The question: What year did Petrov make his fateful decision?

Nikolai Sokov is a senior fellow at the Vienna Center for Disarmament and Nonproliferation. He spoke with anchor, Katy Clark about that year, which he remembers well.