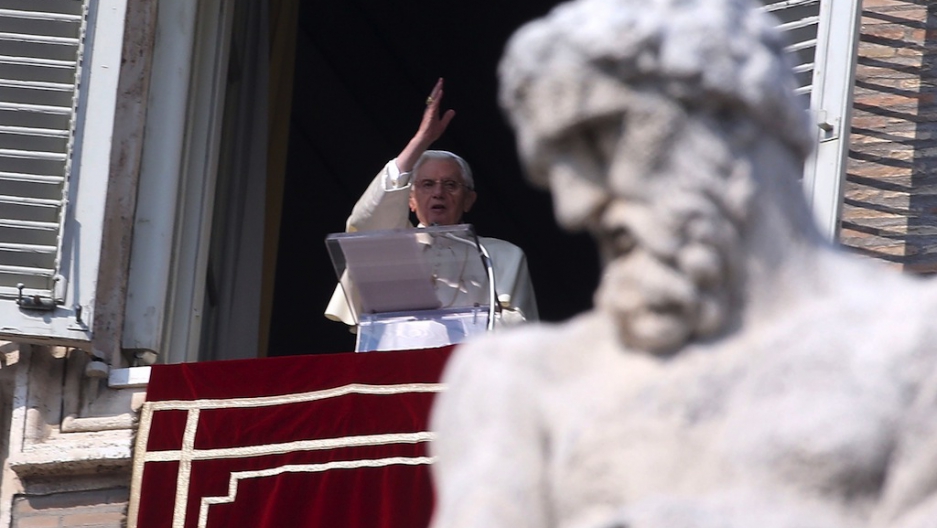 Pope Benedict XVI delivered his penultimate Sunday address at St. Peter's Square in Rome and asked the faithful to pray for him and his successor.

The pope's Sunday blessing traditionally attracts a few thousand tourists and pilgrims, but tens of thousands showed up to see the leader of the Roman Catholic church in his first public appearance since he announced his resignation last Monday.

From his study window overlooking St Peter's square the pope said in Spanish: "I beg you to continue praying for me and for the next pope."

The crowd chanted "long live the pope," and one sign read, "We love you," the BBC reported.

More from GlobalPost: Retiring Pope Benedict XVI tells priests he will be "hidden to the world"

The pope said: "The Church calls on all its members to renew themselves... which constitutes a fight, a spiritual battle, because the evil spirit wants us to deviate from the road towards God."

Pope Benedict, now 85 years old, cited old age as his reason for stepping down. He will resign on Feb. 28. The last pontiff to quit the papacy was Pope Gregory XII in 1415.

The Vatican may hold the papal conclave and elect the new pope in early or mid-March.