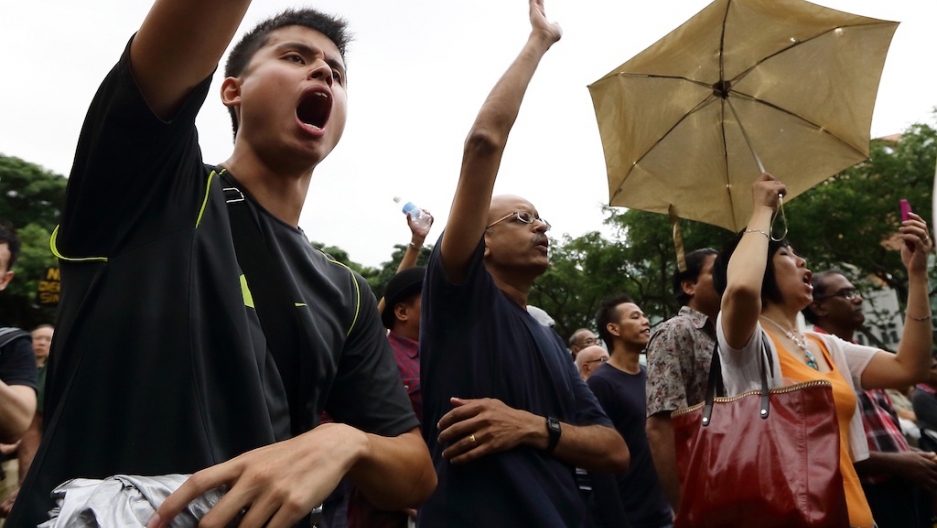 People react to a speaker speech at Hong Lim Park during the protest against the government's White Paper on Population at Speakers' Corner on February 16, 2013 in Singapore.
Credit: Suhaimi Abdullah
Share

In a rare show of protest, Singaporeans took to the streets on Saturday to rally against government plans to allow more foreigners into the Southeast Asian country.

About 3,000 people protested against a plan to increase immigration over the next few decades, which locals say will push up the cost of living and cut into their social services, the Associated Press reported.

The population plan was endorsed in parliament earlier this month.

CNN said  the move would help Singapore "make up for its population shortfall."

Under the so-called "White Paper on Population," Singapore's population would grow from 5.3 million to up to 6.9 million people by 2030 to keep its business oriented economy growing, CNN said.