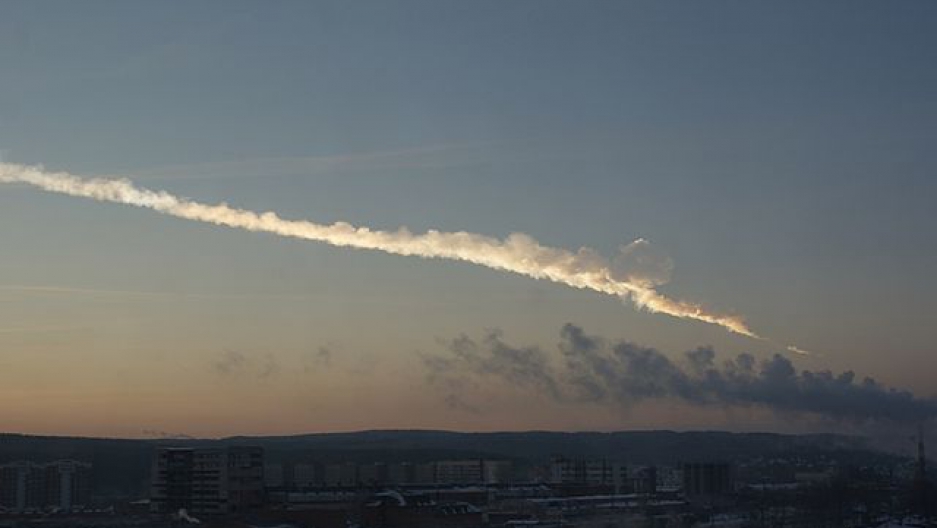 A meteorite streaked across the sky in western Siberia before sending a shockwave strong enough to shatter glass. (Photo by Svetlana Korzhova via Wikimedia Commons).

A meteorite crashed into the atmosphere over western Siberia early Friday and streaked across the sky before causing a shockwave that broke windows and injured 1,000 people.

The New York Times reports that 200 of the injured were children, hurt by shards of glass shattered out of surrounding buildings.

Many people in the area were able to capture the meteor's path across the sky on video from phones and cameras.

Neil deGrasse Tyson, director of the Hayden Planetarium and host of Star Talk Radio, says the videos captured by people watching the meteor, lead up to the moment the meteorite spawned a shockwave strong enough to shatter glass far from where the meteorite ultimately struck.

"That's the devastating effect of what a shockwave can do," he said. "Even if you're not hit by the meteor itself, it can still do pretty significant damage."

Meteorites don't have to be large to have a devastating effect, Tyson says, because it's the speed at which they move that causes damage.

The Russian Academy of Sciences estimate the meteorite to be about a 10-ton bolide, about the size of a Central Park boulder, Tyson said.

Because the meteor hit the Earth, Tyson says, it had to have a minimum speed of about seven miles per second.

"If you're going seven miles per second, I don't care what you're made of, you hit Earth's atmosphere it's going to feel like a brick wall," he said.

Though meteors typically hit large masses of water, like the Pacific Ocean, Tyson says, Siberia is the largest land mass — so it gets more than its share of meteorite strikes. Similar metorite strikes may have occurred in other areas in recent decades but not been seen, because of low population densities.

"Today we're fortunate that everybody's got a video camera in their smart phone, so we live in a time where rare events can actually end up looking common simply because somebody's got a camera," he said.