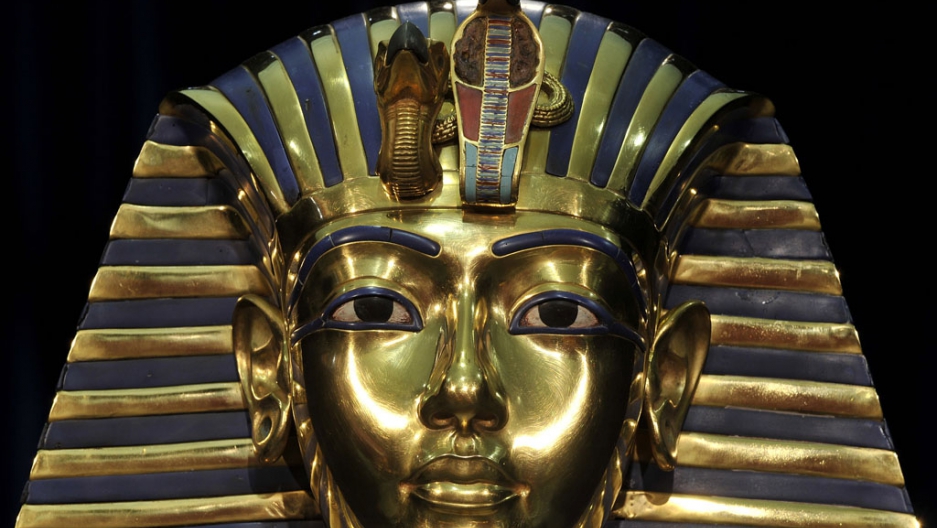 A replica of Egyptian pharaoh Tutankhamun's death mask stands on display at the Tutankhamun, His Tomb and his Treasures exhibition in Munich, Germany.
Credit: AFP
Share

Tutankhamen assumed the throne at roughly age 9 and ruled Egypt for only a decade 3,300 years ago.

However, Carter’s discovery of a “treasure-filled burial chamber” in Egypt’s Valley of the Kings sparked worldwide curiosity about King Tut.

Public interest soared because the burial chamber was among the best preserved, revealing such iconic artifacts such as Tutankhamen’s golden mask.

The Boy King also conjures images of curses and assassination attempts, but modern science has put much of the mystery to rest.

Forensic tests show he suffered from malaria, a broken leg and infection before his death. The fractured skull happened post-mortem and could’ve been caused during the embalming process or by the archeologists themselves.

There is a chance he fell from a chariot during a hunting trip and broke his leg.

Much has been made of a mummy’s curse, yet that was purely fictional, too.

Newspaper reporters anxious to capitalize on an insatiable public appetite invented the curse after one man on the expedition died shortly after opening the tomb; there was no sign warning intruders against setting foot inside King Tut’s chamber, dashing one of Hollywood’s enduring plot devices.

That Tut did nothing as ruler is also under dispute. His father – Akhenaten, the “heretic king” – made many decisions and changes about Egypt’s gods that left the country in confusion, according to BBC.

It can be confirmed, however, that King Tut likely married his half-sister and his parents were related.

Sadly, the two sarcophaguses found beside his were his stillborn children.

More from GlobalPost: Egypt struggles to lure tourists back to country