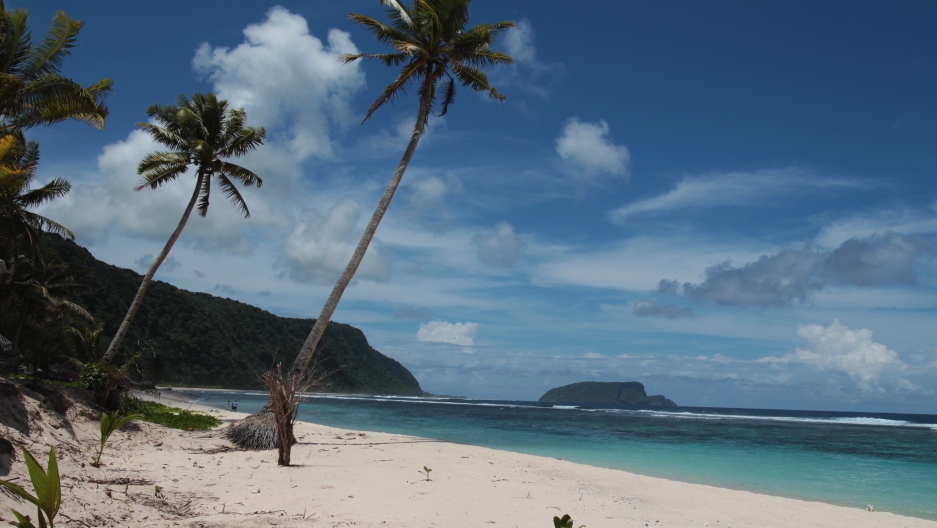 TUSCON, Ariz. — It’s been more than a year since Mikhail Sebastian became marooned on isolated American Samoa after a vacation gone wrong.

Now the gay, stateless man, whose unprecedented situation baffled US immigration authorities and horrified migrant rights advocates, will finally be allowed back home to Los Angeles.

Late last week, Sebastian was offered humanitarian parole by United States Citizenship and Immigration Services, a rare status that allows the 39-year-old back onto the mainland while officials figure out next steps in his strange case.

His attorneys believe he could be in California by next week once logistical details are worked out.

Sebastian has been stuck on the Pacific US territory since late 2011, but gained worldwide attention after being profiled by GlobalPost last October. A collection of supporters ranging from university professors to immigration attorneys has since pressed officials to allow his return.

“It’s freedom finally,” Sebastian said by phone from American Samoa this week. “I have lived a nightmare here.”

For many in Washington, the coffee barista and former travel agent has become a potent symbol of the broken US immigration system and a voice for the serious problems facing America’s unknown thousands of stateless people — people with no citizenship whatsoever.

Up to now, America’s stateless have been largely ignored by policymakers, despite the fact that they are never able to adjust their status under US immigration law and live their lives in a sort-of permanent legal limbo.

“What Mikhail has been able to do was bring the issue of statelessness into the light and humanize it,” said Lindsay Jenkins, an assistant protection officer at the United Nations High Commissioner for Refugees’ (UNHCR) US office, which has assisted Sebastian with his case. “This really took a village. It was a great example of how many people are supporting this effort to help the stateless.”

Sebastian is an ethnic Armenian born in the then Soviet republic of Azerbaijan. When the USSR began to crumble, he was forced to flee. Armenia would not take him and he wound up in Turkmenistan, where homosexuality is illegal. That's when he sought asylum in the United States.

When his case was rejected and Sebastian was detained by US immigration authorities, they discovered that the dissolution of the Soviet Union meant Sebastian had no citizenship and there was nowhere to deport him to.

Under a special arrangement often given to vulnerable stateless people, officials allowed him to live and work in the United States.

But after Sebastian vacationed in both the independent country of Samoa and on American Samoa in December 2011, immigration officials decreed that Sebastian had “self-deported.” Until the humanitarian parole decision last week, the Department of Homeland Security maintained that meant that Sebastian was permanently barred from the United States — despite the fact that he was on US territory in American Samoa.

That left him marooned on the island where local officials put him up with a family and gave him an allowance of $50 per week while they tried to resolve the situation.

Sebastian became a minor island celebrity of sorts, said La Poasa, a reporter with the island’s KHJ radio who has covered the case.

“I think after our last story, people were like ‘oh my gosh, he’s still here,'” Poasa said. “People are sad to see him go, but are definitely happy at the same time. I know I had some drinks with my friends and we cheered for him.”

The case has prompted deep soul-searching in American Samoa about the territory’s unusual relationship with the US government, and island officials have proposed legal overhauls to prevent situations like Sebastian’s from ever happening again.

But in order to truly prevent similar bizarre incidents, radical changes are necessary to federal laws, said David Baluarte, one of Sebastian’s attorneys and an expert on statelessness at American University’s Washington College of Law.

“The way that we have written our laws does not make sense. We have identified a real inefficiency in the immigration system that urgently needs to be addressed,” Baluarte said.

More from GlobalPost: For stateless few, hope for path to citizenship in Obama's second term

Last year, UNHCR launched a campaign that advocates hope could prod Congress to include stateless people in much-discussed comprehensive immigration reform. They want stateless people to be given a path to legal status, or at least travel documents that would allow them to travel outside the United States.

Previous attempts at legislative reform, however, have failed repeatedly.
That doesn’t discourage Sebastian who harbors dreams of one day being able to travel freely and gain some sort of legal status.

He hopes his case and its successful resolution will have implications for other stateless people who live deep in the shadows of American society.

“This isn’t just about me,” Sebastian said. “There are so many people unfairly suffering.”

The following is a YouTube video by the United Nations High Commissioner for Refugees.