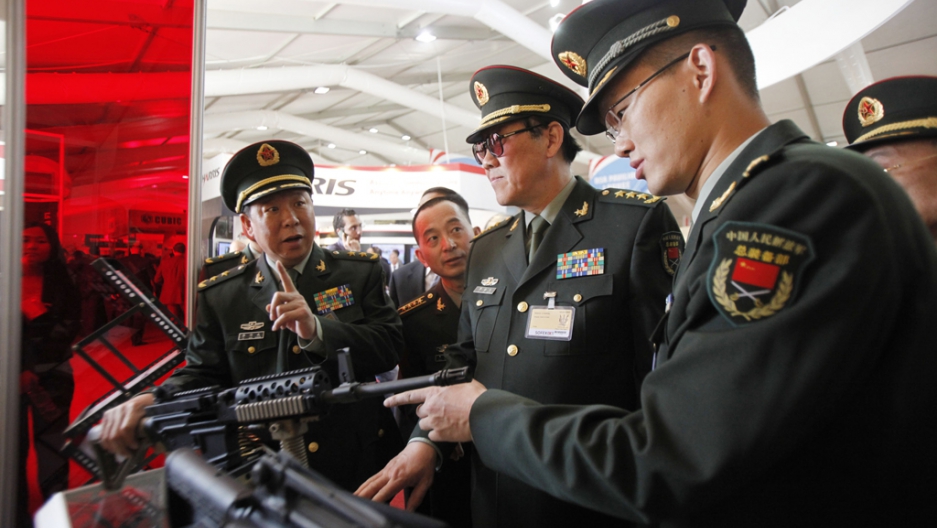 DENVER, Colorado — In many industries, companies have sought to distinguish themselves by instituting practices that hew to social norms and even sacrifice short-term profits for long-term durability. Companies such as General Electric, Unilever, IBM, Toyota and many others have reaped profits, awards and improved reputations for their sustainability efforts.

More comparable to companies in the arms industry are private military and security companies. Since their rapid growth at the end of the 1990s, some companies began by refusing to carry arms, others pledged to sell their services only to governments, and industry groups pledged that their members would respect human rights in their practices.

In cooperation with other stakeholders, representatives of this industry created an International Code of Conduct for private security providers that more than 400 companies have signed on to in the last two years. It is thus not impossible to imagine socially responsible companies in the arms industry.

What would a socially responsible arms company look like? Remington could require that their products be sold by licensed and reputable dealers that conduct background checks. They could commit to selling military and law enforcement equipment only to government clients. Magtech could make a similar commitment to sell armor piercing bullets and ammunition magazines with more than 10 rounds only to military or law enforcement clients.

Private sellers that want to maintain their credibility could voluntarily pledge to abide by the same rules. Some companies could even get ahead of the curve, for instance, in the creation of tracking devices for weapons or funding research on violence and its prevention. This list is only a start; creative members of the industry could surely come up with much more.

Pursuing this path may mean socially responsible gun companies would give up short-term profits like those coming from the recent spike in sales of assault rifles. Why would companies ever want to enact such behavior?

Socially responsible behavior often leads customers to trust companies that act in line with social norms more than their competitors, resulting in strong customer commitments and market durability. For example, governments buy a lot of guns and ammunition and can decide which companies to buy from.

Unless you think we are headed for a “Mad Max” world, governments will continue to be the most significant clients of weaponry. Local, state and national governments can do more to mobilize this purchasing power behind social responsibility in the arms industry.

As the National Conference of Democratic Mayors noted recently, they could grade companies for their responsibility – rewarding those that get on board with regulations to limit gun violence and punishing those that do not.

Beyond that, adopting policies in line with unfolding social norms should push companies to innovate in the creation of products that society will find more useful. Even militaries and police forces are looking for more precision and less deadliness in using force. Spurring innovation in the non-deadly tools for self-defense and dampening violence is likely to be a winning strategy in the long term.

Though some gun control advocates might prefer to continue a strategy of trying to ban investment in the arms industry altogether, divesting from the industry has achieved little success thus far and is unlikely to succeed in the future simply because we are not ready for a world without guns.

Governments still need to purchase weapons and ammunition. Distinguishing between companies that pledge support for socially responsible practices and those that do not could begin to direct the power and money in this industry to socially acceptable purposes.

Corporate social responsibility is no substitute for government regulation, but it can be an important element in a larger regulatory system. Thus far companies in the arms industry have not taken this path but perhaps they should reconsider. Elements of the current crisis and debate suggest this might be a critical moment in which arms companies pursuing such a strategy would be rewarded.

Deborah Avant is Sié Chéou-Kang Chair for International Security and Diplomacy at the University of Denver’s Josef Korbel School of International Studies. She is author of "The Market for Force: the Consequences of Privatizing Security" and is currently researching a book comparing global regulation of military and security services with that of small arms.