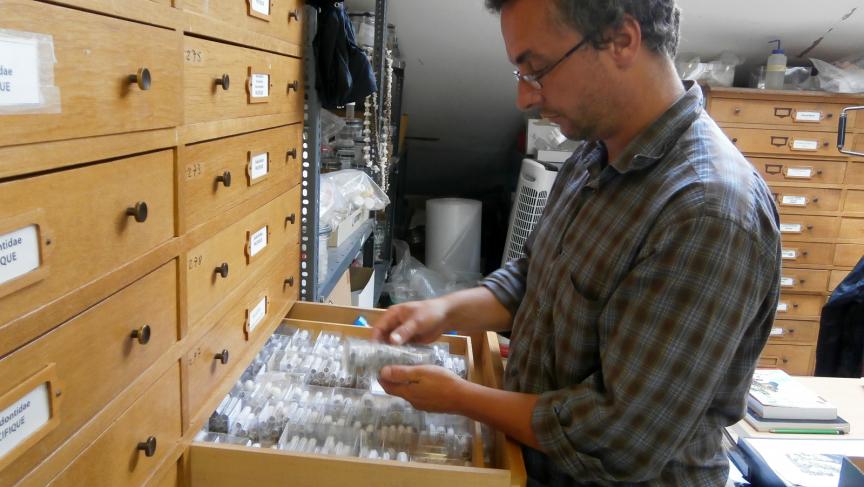 Editor's note: This report comes from a collaboration from PRI's The World and NOVA.

The last place you’d expect to find a new treasure is where everyone has been looking for centuries.

Yet in Europe, home to history’s greatest taxonomists, professional scientists and amateurs are scouring the countryside for new species — and finding them at an astonishing rate.

For centuries, scientists have catalogued the creatures of Europe — the tall and the small, the feathered and the furred.

After all, Europe was home to some of the most revered naturalists of all time, including Britain’s Charles Darwin and Sweden’s Carl Linnaeus, the biologist who popularized the Latin naming system for every species on Earth.

And yet “we only know the tip of the iceberg,” says ecologist Benoît Fontaine of the National Museum of Natural History in Paris. “There are (many) more species that we don’t know than species that we know.”

Recently, Fontaine and his colleagues made a surprising finding.

“We are discovering more species in Europe every year than 50 years ago, or 100 years ago,” he says. “So the rate of discovery is increasing.”

That rate of discovery is up to almost 800 new species a year in Europe.

These species tend to be tiny creatures — often insects, spiders, and worms. And many of the animals would likely have remained undiscovered if not for a dedicated band of naturalists who have set out to find new creatures.

Take Jean-Michel Lemaire, a retired mathematician who lives in southeast France. He is a spelunker, someone who goes caving, but he has another passion: beetles.

“If you want to find something new,” he says, “you have to go to a place nobody has been before. So you have to open your eyes.”

Lemaire has hunted for beetles by exploring caves and by crawling through tunnels dating back to the Middle Ages. This is one reason so many new species are turning up in Europe. People are simply looking in new places.

Other investigators are seeking unexplored habitats above ground, like Mercantour National Park, at the foot of the Alps on the border between France and Italy.

“We have a very good knowledge (of) birds, (and of) mammals” in Mercantour says Marie-France Leccia, an ecologist at the park. “Less for the insects.”

Leccia manages a project to look for new insects and other small organisms here.

The park is known as a hotspot of biodiversity. It sits at the intersection of several different climate regions. The precipitation and temperature patterns from these regions converge on the park’s undulating landscape, splintering the area into countless tiny habitats. Species emerged to adapt to these micro-environments. In Mercantour National Park alone, the recent search has yielded 50 new species.

Two members of the inventory team crouch beside a creek, scanning for insects. The men look like kids searching for their next treasure in the water.

“Marvelous. Extraordinaire!” exclaims Michel Brulin, 63. “It’s a paradise for me.”

Brulin is one of France’s experts on mayflies, and Queney is a specialist in aquatic beetles, but today they are here as volunteers — part of an amateur army fanning out across the continent looking for new animals.

In fact, 60 percent of the new species in Europe are being discovered by amateurs, often self-taught experts in particular insect and invertebrate families.

Back at the National Museum of Natural History in Paris, ecologist Benoît Fontaine says the search for new species in the Old World does not diminish the need to continue looking in the tropics, where there are also more species to be found.

He says people should be looking everywhere — because people are causing extinctions everywhere at an unprecedented rate.

“We will need several centuries to describe everything in the world,” he says. “And things are disappearing faster than we can discover them. So we should hurry.”