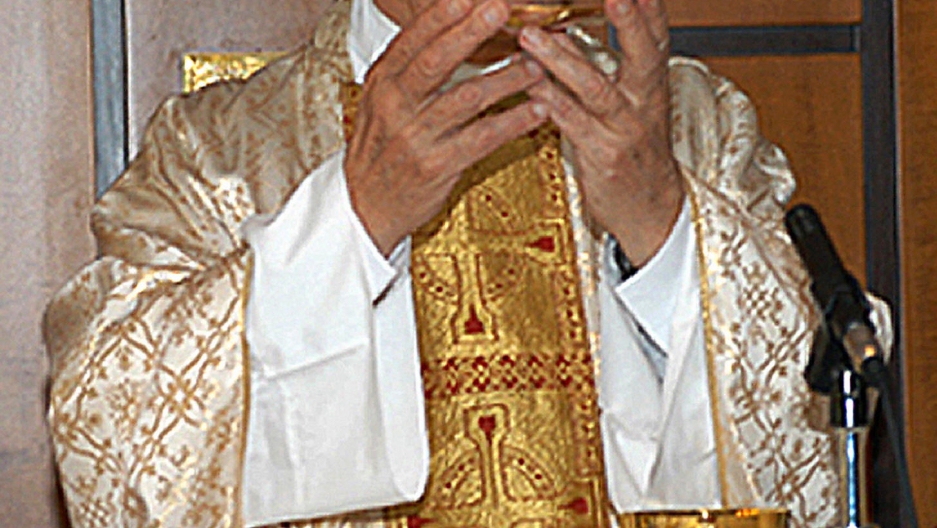 GlobalPost correspondent Jason Berry today published a story explaining the significance of a trove of documents ordered to be released Friday about Father Marcial Maciel, founder of the powerful, ultraconservative Legion of Christ. The documents are expected to illuminate the way in which the Legion handled accusations of rampant child sexual abuse and the siring of several illegitimate children by Maciel over several decades.

Here is a primer on Maciel and his relationships with Pope Benedict XVI and Pope John Paul II:

Who was Father Marcial Maciel?

Born in Mexico, the Roman Catholic priest founded the powerful, ultraconservative clerical order Legion of Christ in Mexico City in 1941. Dozens of victims in multiple countries made sexual abuse allegations against Maciel over the course of several decades, dating back to the 1950s.

Though he was suspended in 1956 from his leadership of the Legion by Pope Pius XII after being accused of abusing youths in Mexico, Cardinal Clemente Micara, the Vicar of Rome, reinstated him in 1958 after his predecessor’s death and Maciel enjoyed a long and prosperous career despite the claims of as many as 100 victims.

The Legion publicly apologized for Maciel’s alleged actions in 2009, just months after a new set of allegations emerged, including the fact that Maciel fathered several children during his reign as head of the Legion.

In 2010 the Vatican formally denounced Maciel for living a “life devoid of scruples and authentic religious meaning.”

How was Maciel tied to Pope John Paul II?

A man of great charisma, and the greatest fundraiser of the modern church, Maciel cultivated a relationship with John Paul II, using scenes of the two men in video-tapes that the Legion distributed to its growing base of benefactors. Maciel accompanied John Paul on papal visits to Mexico in 1979, 1990 and 1993, and in 1994 he was celebrated in “an open letter by Pope John Paul II celebrating Maciel's 50th anniversary as a priest, appeared in major newspapers of Mexico City, as a paid advertisement, celebrating Maciel as ‘an efficacious guide to youth.’”

[Jason Berry, Render unto Rome: The Secret Life of Money in the Catholic Church (Crown 2011)]

In 1997 a Hartford Courant investigation by Gerald Renner and Jason Berry identified nine seminary victims of Maciel in on-the-record interviews. The Vatican refused to comment. In 1998, the ex-Legionaries filed a recourse in Cardinal Joseph Ratzinger’s tribunal seeking Maciel’s ouster. But John Paul continued praising him, and the canon law case went nowhere.

Juan Vaca, who left the Legion priesthood, was the first victim to accuse Maciel.

“If John Paul had acted on the allegations against Maciel that Juan Vaca detailed to the pope in a 1989 letter, in a request for dispensation from his vows as a priest, Maciel's career would have been derailed...”

Vaca entered the Legion in Mexico in 1947, at age 10. Repeatedly abused by Maciel in Spain from age 12 through adolescence in Rome, the young priest went to Orange, Conn., as the Legion's U.S. director. In 1976, when Vaca left the Legion, joining the Diocese of be Rockville Centre, Long Island, N.Y., he sent a blistering 12-page letter to Maciel, naming 20 other victims.

With support of Bishop John R. McGann, he sent the letter to the Vatican in a formal protest, which achieved nothing. With McGann's support he petitioned the Vatican to punish Maciel again, sent via diplomatic pouch from the Vatican Embassy, without action. His final attempt in 1989, again through Vatican channels, included an impassioned cover letter to John Paul specifying what Maciel did.”

[Jason Berry and Gerald Renner, Vows of Silence: The Abuse of Power in the Papacy of John Paul II (Free Press, 2004) and documentary by Berry: VowsofSilenceFilm.com]

"My dad told my mom that when John Paul II dies, he was going to be in trouble," said Raul Gonzalez, who filed a lawsuit in 2010 claiming that he is one of Maciel’s children and alleging the late priest molested him beginning when he was 7 years old.

How is Maciel tied to Pope Benedict XVI?

A formal request for investigation submitted to the Congregation for the Doctrine of the Faith in 1998 was denied by then-Cardinal Joseph Ratzinger, who went on to become Pope Benedict XVI.

A book published by three religious scholars last year alleges “that in 2001 Cardinal Ratzinger and his chief canon lawyer, Archbishop Tarcisio Bertone, modified the statute of limitations in church law regarding sex with minors ‘retroactively in favor of the Legionary founder, and injuring the human rights and legitimate interests of us, his victims.’”

Ratzinger reopened the case in 2004, ordered an investigation of Maciel and was elected pope in 2005. In 2006 the Vatican dismissed Maciel from ministry to “a life of prayer and penitence.” He died in Jacksonville, Florida in 2008 without facing criminal charges. A year later the Legion disclosed that he had a daughter by a paramour from Mexico. Several months later two men came forward claiming to be Maciel’s sons by another woman. The Legion did not dispute their claims.